I found the abnormal output level as below.
This is measured only with the IC.
And only one has occurred.(Only 1Y output.) 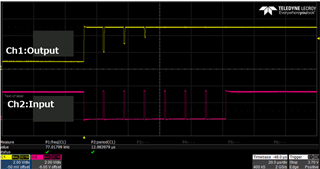 Could you advise which part of the output breaks this phenomenon?
I know the device may be broken.