I'm on my way to design a nanosecond pulse generator. I've reached the 10 ns time scale with 10 ns resolution. I believe that this is where transmission effects are to be considered.

I'd like to describe my configuration and raise some questions about it:

This is a 100 ns pulse when connected to the 1 MOhm input of an oscilloscope. One can observe a fast edge with no ringing: 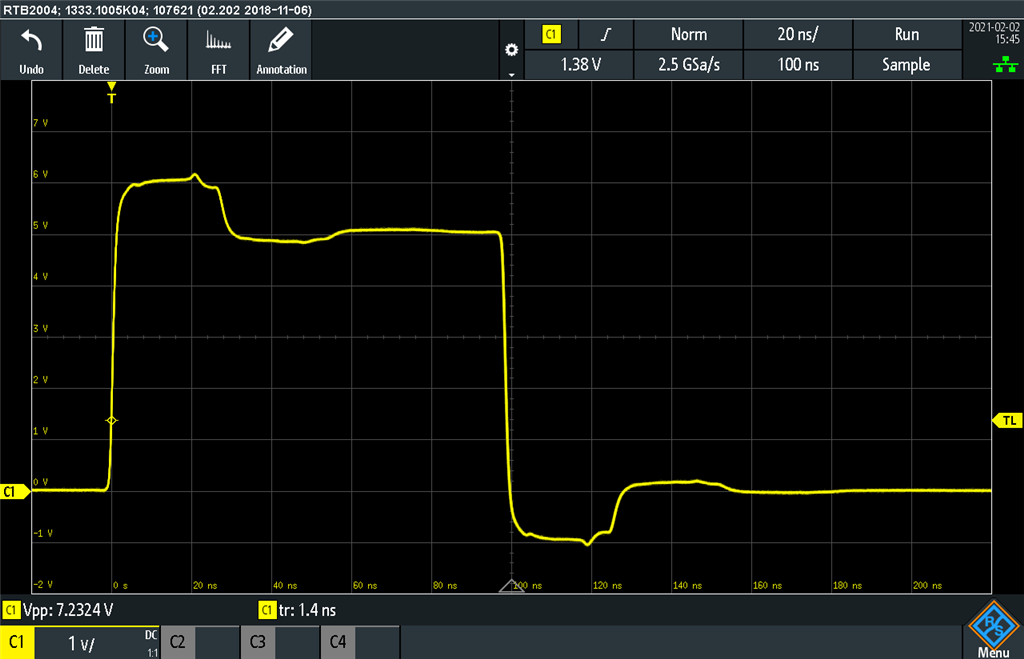 However, the graph shows an "overshoot" or "hump" that ranges from 0 to about 27 ns.

Does that make sense?

To eliminate reflections, I added a 50 Ohm load resistor at the oscilloscope input. Then the signal looks great: 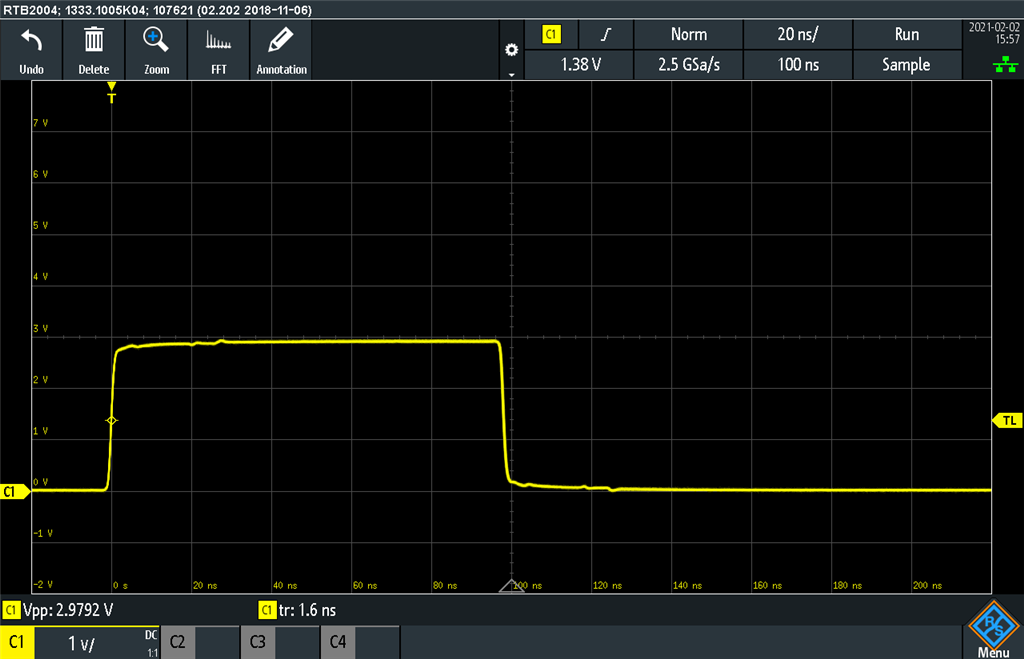 The reflections are gone, however, the amplitude is only 3 V and not 5 V any more.

How do I achieve full 5 V at the scope input?

Further, a SN74LVC1G14 that drives 75 Ohm with Vcc = 5V probably exceeds its absolute maximum rating (least from a DC point of view).

Will this driver be fine or are other drivers recommended?