Save design time and get into production faster with C2000 MCU’s with MathWorks solutions.

You can also generate code that runs on the Control Law Accelerator (CLA), a co-processor available on select TI Delfino and Piccolo processors.

For multicore systems, you can use SoC Blockset with C2000 Support for SoC Blockset to build your system architecture using processor, inter-processor communication, interrupt and I/O models, and simulate the architecture together with the algorithms. This allows you to partition algorithms between multiple cores to achieve design modularity and improve performance, and to account for issues like ADC-PWM synchronization and latency. 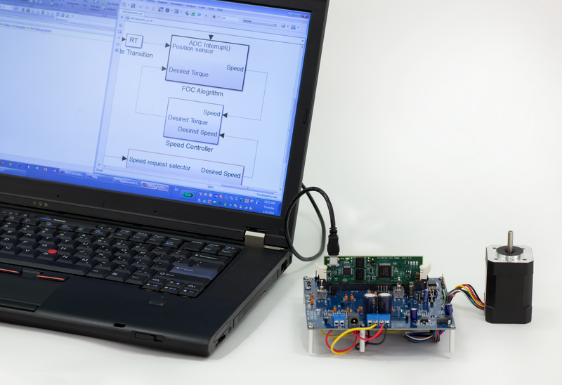 From within MATLAB you can access hardware support for Embedded Coder via the Add-On Explorer from the MATLAB toolstrip.

Search for C2000, and select to download and install free C2000 library blocks. You insert and configure the blocks, which include IO and various functions, in your Simulink model. Then you use Embedded Coder to generate production code of your algorithm and run it directly on your TI C2000 MCU. The library blocks include documentation, example models, and support C2000 Piccolo, Delfino, and Concerto families. 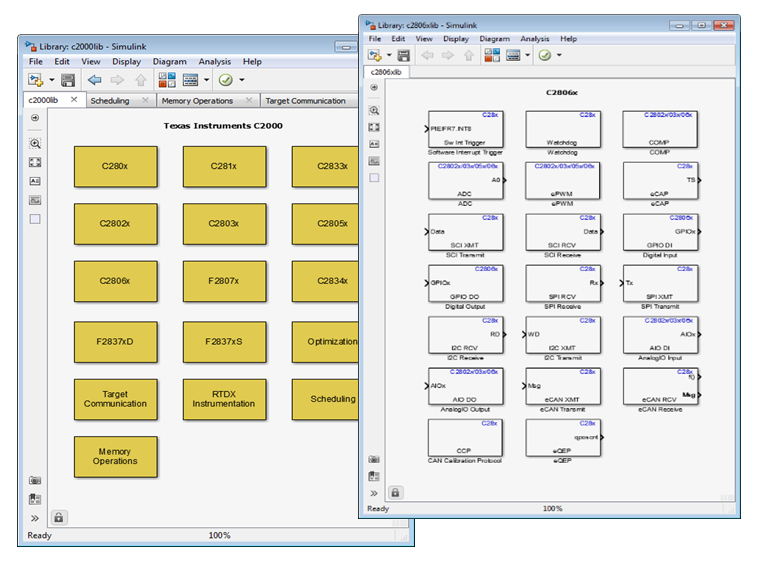 You can also just generate production code of your algorithms which can be imported and integrated into an existing Code Composer Studio project.

Here is more info including how-to videos and examples you can run with TI hardware kits: