Issues: At 20% PWM constant duty
With only Single MOSFET: (Only switch 1, Switch 2 is turned off) 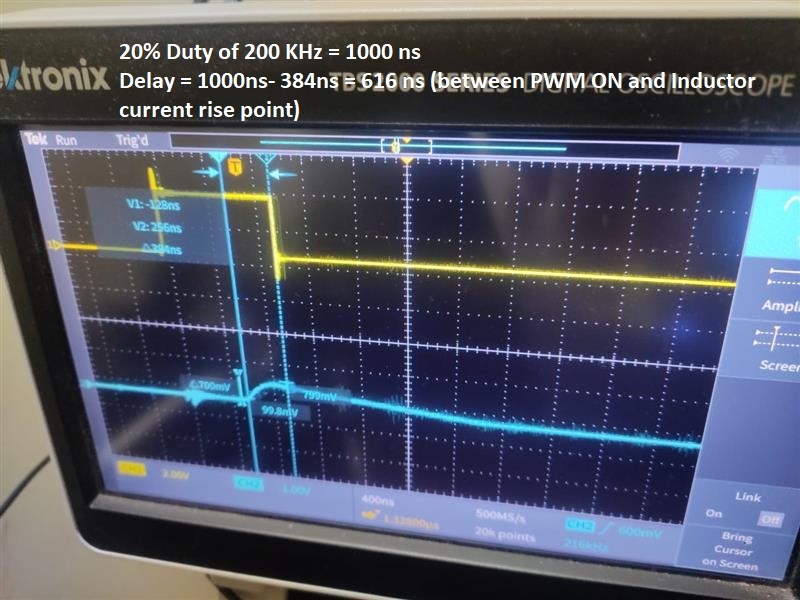 With both MOSFET is used:
- Above delay is 856ns delay (between PWM ON transition and inductor current starting to rise) 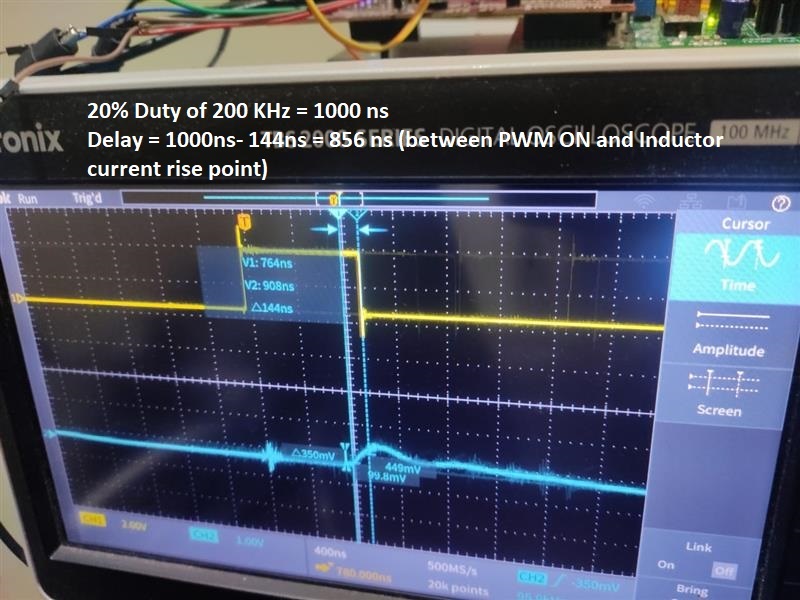 The above delay reduces as we go on increasing PWM duty cycles. For ex: For 30% duty, delay is around 312ns with single MOSFET. 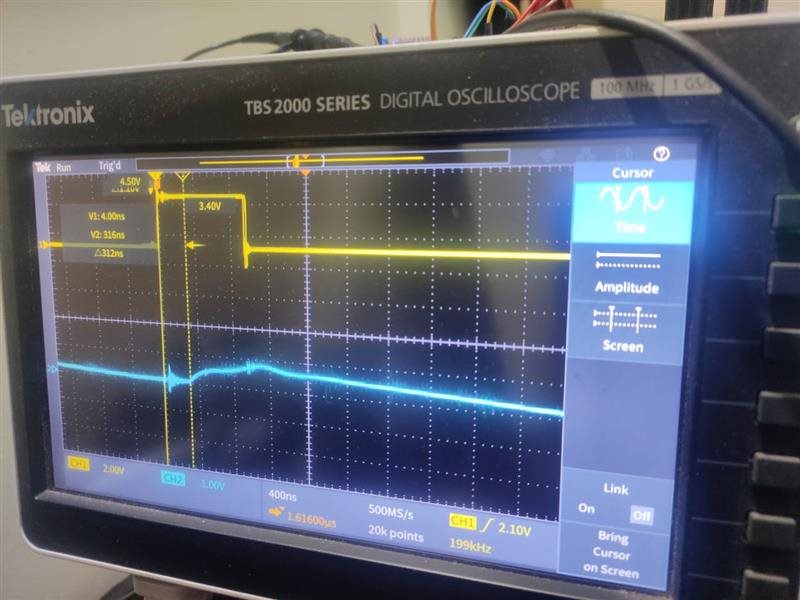 
These questions are important for us, since we try to rely on reading the average current using only with PWM-ADC synchronization and not with any CMPSS (analog sensing).