The following issue has been faced on a MSP430F2419 : the calibration data located in the Zone Info A (0x10C0 à 0x10FF) have been erased accidently

This issue impacts several products including a product where the DCO calibration is used : such product is now non functional

Q1: Is it possible to restore those lost calibrations data (DCO and ADC)? What would be the way to do so?

Q3 : On the products which do not use those calibration data, is there any risk to use the MSP430 with erased calibrations ?

Such question comes from the fact that it has been observed a difference when loading the binary in the MSP430 with or without erased zone : when the calibration data is missing we need to lower the power supply from 3.3V to 3.1V sometimes even lower otherwise neither the gang programmer nor the FET-Pro430 from Elprotronic nor the IAR workbench can communicate with the device (it happened for half of the products with no calibration but it never happens when the calibration data has not been erased). So side effects are suspected 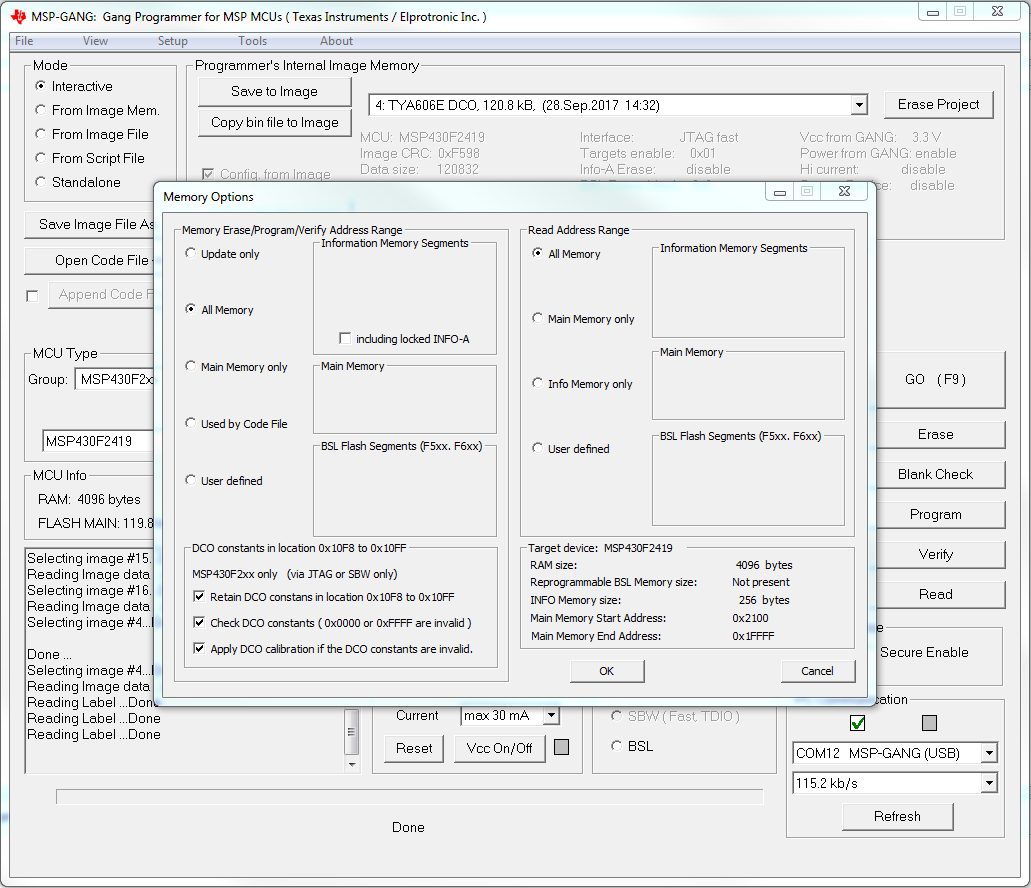