We are using DRV8850 motor driver in our project. We are measuring current flowing through the motor, using VPROPI output. Schematics attached below. VMTR is 5.5V. The motor is connected to J2 and it’s a simple brushless DC motor.

In the already working project we observed that there is some asymmetry while measuring current. While the motor is running in one direction, the measured current seems to be up to 30% higher than the measurement for reverse current. Of course we suspected the motor itself in the first place. We switched the load to 3 Ohm resistor in series with current meter instead of motor. The results on VPROPI where the same: up to 25% difference between one direction and the other. For example: in one direction the measurement on VPROPI gives us about 1.4A, in the other we can see 1.8A (value close to the expected one). On the attached current meter the results where almost identical, around 1.8A in both directions.

The measurement was repeated on few different PCBs (the same production line, same batch, same product, different instance). Some of them show this issue, some of them gives us results with smaller difference, close to each other.

Is it possible, that the difference in measurements on VPROPI output is caused by some internal characteristics of each motor driver, like Rds(on) difference between the FETs? Maybe it’s some kind of issue during PCB soldering/assembly process? Faulty batch? Or maybe those measurements are in the range of tolerance for this driver?

As some additional info I would like to add, that we took 2 PCBs – one with strong measurements difference between current in both directions and one without this issue, soldered them out and then soldered to those 2 PCBs, but DRV8850 from PCB 1 was mounted on PCB2 and DRV8850 from PCB2 was mounted on PCB1. The issue “transferred” to the other PCB with the driver, so it ensured us, that the issue is connected to DRV8850 itself.

Thanks for your prompt help. 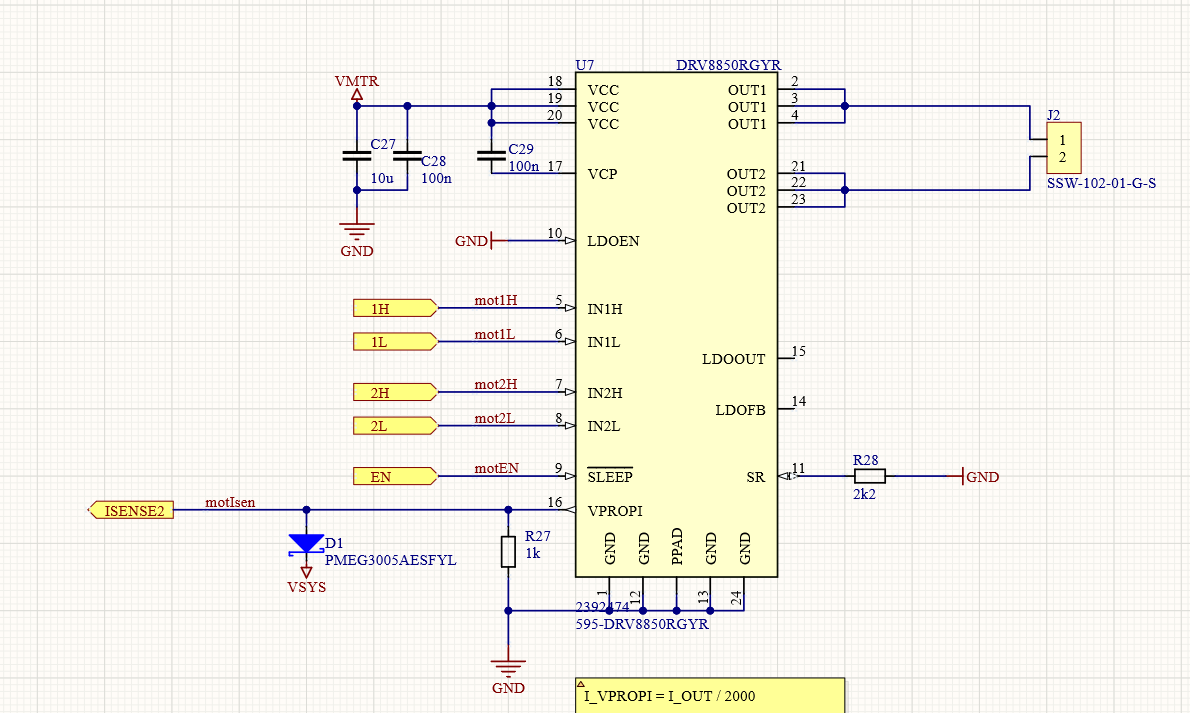