The application work in a custom PCB. This is part of the schematics (I can't attach all due to "confidential" issue). The D1201 is NOT mounted.

So, I made some calculations with my MOSFET's values using slva714d. I think these maybe correct:

The DRV8353 is set accordly with the calculation attached.

Now, the problem regards the waveform of the High side gate MOS. The deadtime is generated inside the MCU (~1200ns at the moment...I'm tuning the driver and so I go with caution...). I also use the default deadtime of the DRV8353 (I don't disable it). 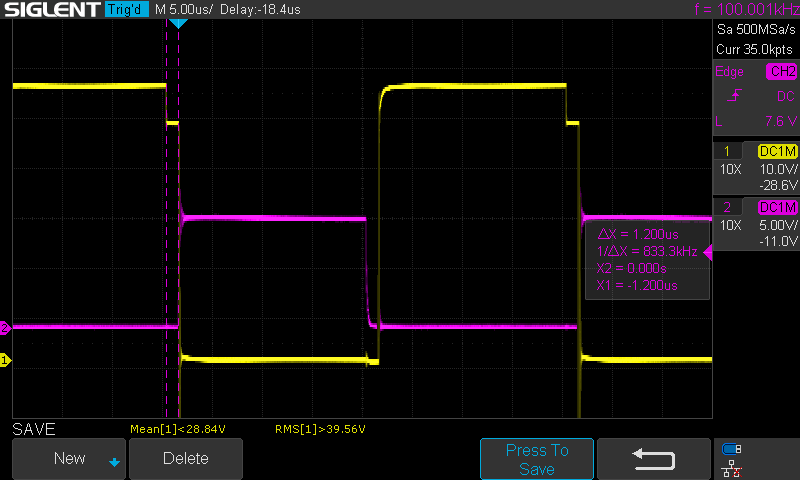 You can see the strange behavior in the falling edge of the High side mosfets.
I tried to reduce PWM freq and change source/sink Idrive without success. Where is the error? Any suggest?