I'm designing a boost converter with this part. Nothing fancy, just 12V to 48V with 0.5A output current. However this does push it into CMC mode that's somewhat more complex.

With the "improved" webench, we no longer have the powerful compensation adjustment tool present in the legacy flash webench and I'm not happy with what Webench is automagically suggesting, crossover frequency at 200Hz? Pish posh, in good old days you could tweak the compensation parts to your hearts content and see poles/zeros and the bode diagram updated in real time.

I'm referring to AN-1286 / SNVA067C document  and Sheehan's "SMPS Compensation made easy" paper. The later is simplified version of Sheehan's "Understanding and Applying Current mode Control"

The problem with Sheehan's work is that usually the current sense gain is not defined in the datasheet and this is true with LM3478 as well. The "A" parameter from here is missing. 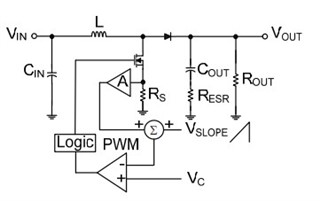 In LM3478 block diagram no amplification at all is indicated, Isen is connected directly to the PWM comparator: 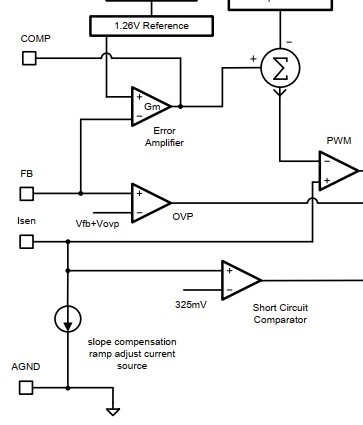 AN-1286 application note implies as well that the amplification is one. According to this simplified formula the current sense gain is defined like this: 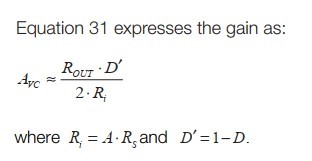 These two are the same if A=1. So in other words there is no gain at all in the current sense input or the AN1286 is in error?

NB: There's an incorrect equation in the AN-1286 application note as detailed here, it'd be nice to have it corrected: LM3478: AN-1286 Compensation for the LM3478 Boost Controller - Power management forum - Power management - TI E2E support forums