The pjt file is below.

While using debug mode. After executing below I2Cw CMD (setting charge current 1280mA), the I2C CLK and SDA will have waveforms. But BQ25723 didn't behave charging.

Strangely, after executing the I2C CMD, whatever read or write CMD. The I2C CLK will be pulled low.

Tentatively, under debug mode, execute [GPsh] and [GPsl], and the GPIOx will be set correctly. 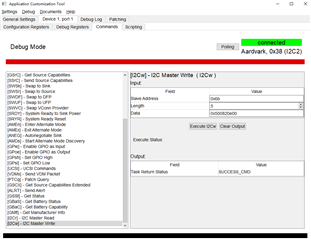 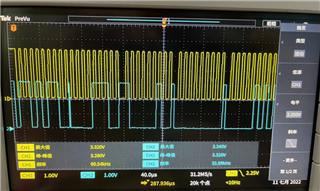 Shortly, the TPS65987 worked, both GPIOx and I2C1 can toggle with CMD. The BQ25723 worked well with BQstudio controlled. The I2C1 hardware connections are also good.