I’m having issue with startup on an LM2841 regulator circuit.  The switcher will not start up under load conditions.  The normal load attached to the +5A node of our circuit below is approximately 107 uF of additional capacitance and 6 or so active devices consuming ~100 mA.  If R756 is removed, no load, the regulator starts up immediately.  If I add a 20 ohm resistor to ground, the regulator will start up and regulate.  We have varied the inductor L38 from 15 uH to 150 uH without any change.  One thing that is causing a concern is that this regulator is one of the last to be sequenced up.  When the input power is applied (+9A), the output already has a voltage of around 3V on it due to backfeeding from dual-supply parts elsewhere in the design. Could this prevent the regulator from starting?  One theory is the 20 ohm load resistor is pulling the pre-existing voltage down so the regulator can start.  I know that the switch FET diode would be conducting during the time before +9A comes up but this stops once +9A gets above ~ 3.6V.  Below is the schematic. and the input and output voltage traces during power up.

Below is the failed startup with the normal load:

The output never gets above 3.6V because the regulator never starts up.  We can see the current being sunk into the FET body diode but that stops as soon as the input voltage exceeds the output voltage. 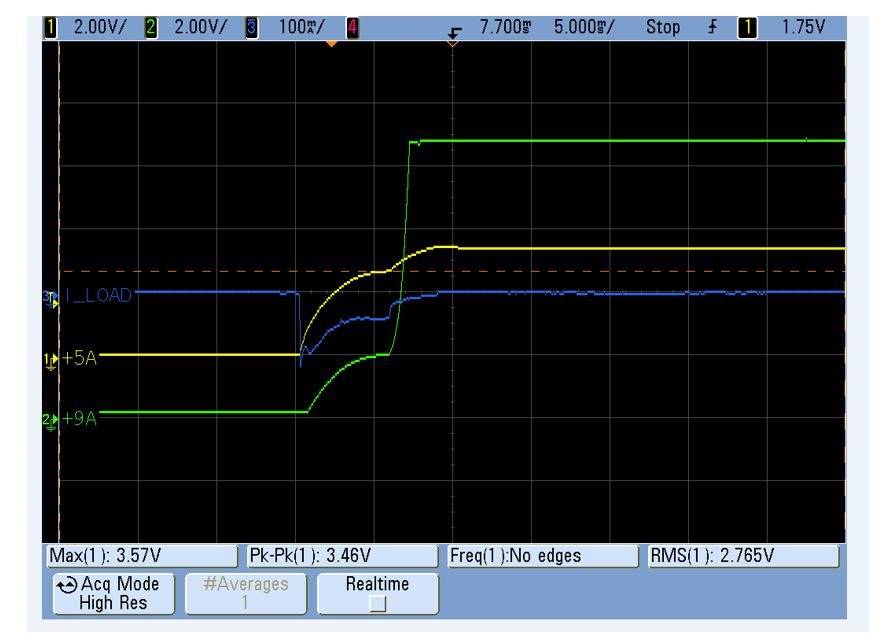 Here is the startup with load:

Here the extra load appears to keep the output voltage below about 2V and the regulator starts normally.  The regulator is still sinking some current as the input voltage comes up but stops when the Vin is > Vout 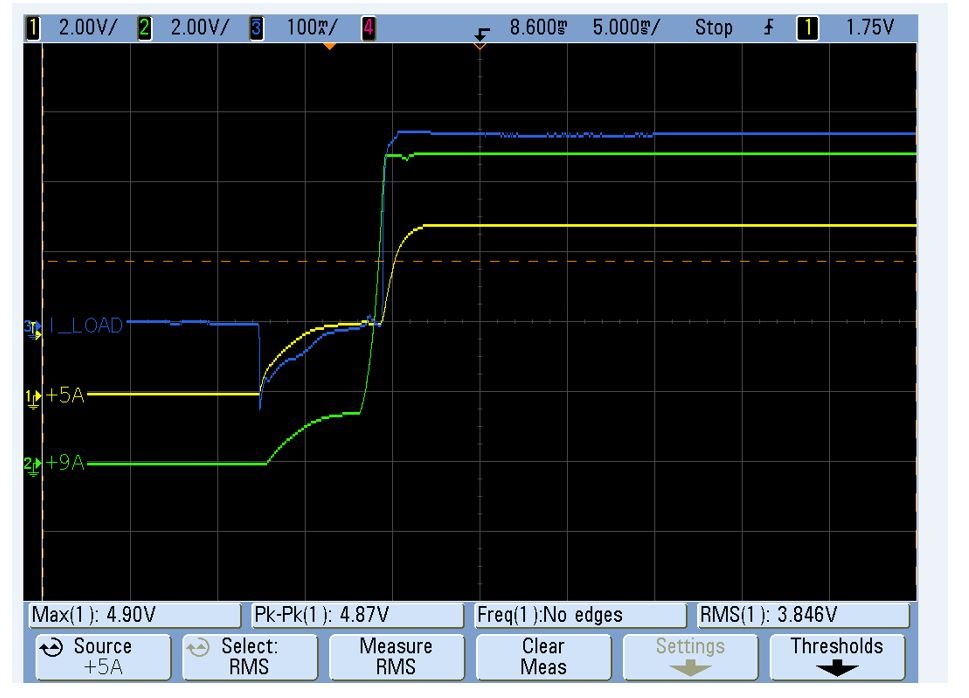