Monitoring Vdd on the switch side, it seems that if I repower the supply while the chip is in t_reset, it will cause the chip to low-power latch mode ("locked up" below).  What is going on?  What is causing the latch?  How do I avoid it, or detect and clear it?

I have checked that I am meeting the constraints outlined in the datasheet: 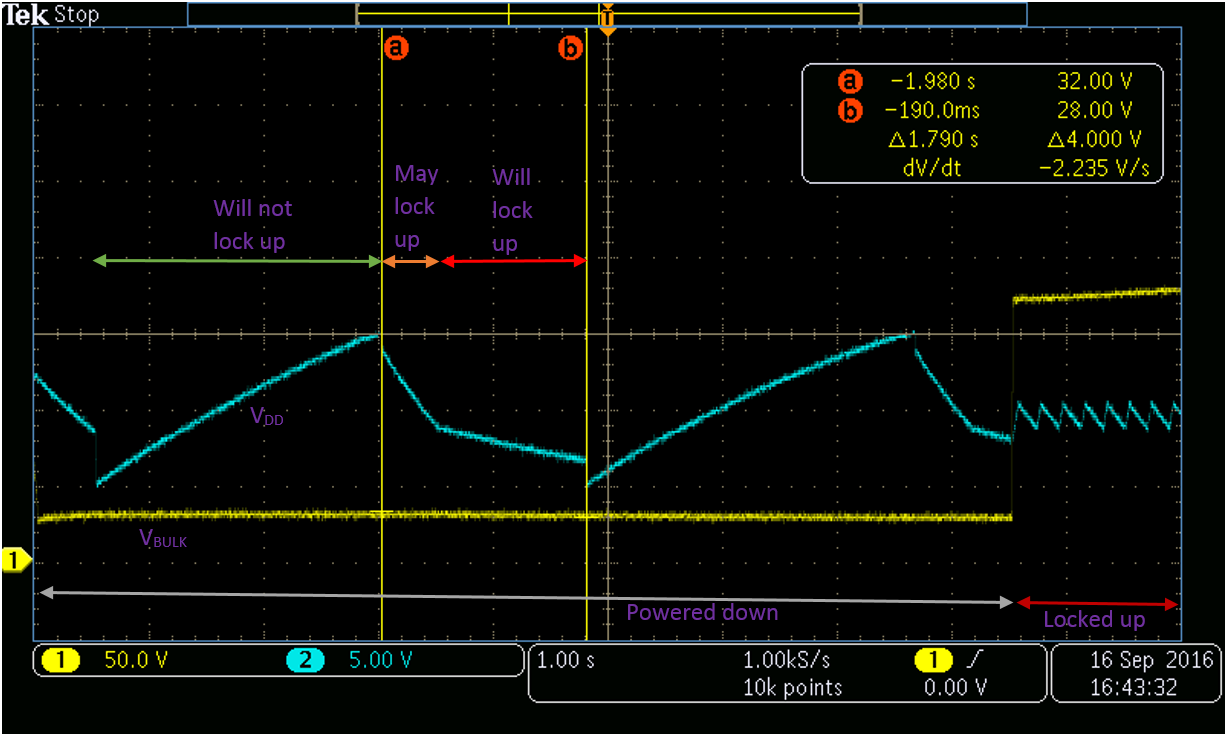 Measurement taken at 125Vdc in, 0.5A CC active load output

Rp deviated from recommended 3.9k to 4.42k per this discussion thread and linear approximation of bench measurements