I am having issues implementing the UCC28910FBEVM-526 design into my PCB. I used virtually all the same components, changing package size (ie 1205 to 0603) or changing a component with one of similar ratings (ie SL44-E3/57T for MBRS340T3G, 1N4937-E3/54 FOR RS1J). For the traces, I used thicker traces to ensure that enough current would go through. I placed capacitors and resistors as close as possible to reduce trace length.

When I first connected the system to power the fuse popped, so I just assumed I needed a bigger fuse. I used two 10Ω 3W fuseable resistors in parallel and it did not pop. However, when it was running, I was getting a consistent 0.8V on the output instead of 5V. In addition, when the outlet power was toggled on and off the fuse popped again, which means over 1A of current is being drawn rather than the 200mA rating that the evaluation board says.

Attached is my schematic and top and bottom layer of the PCB. Do you think there is an issue with the traces/distance of components or something else? Thanks! 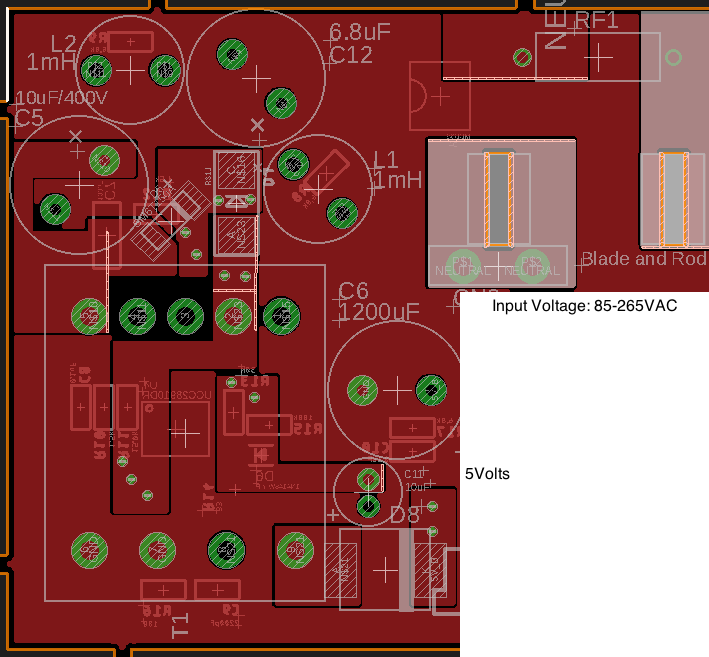 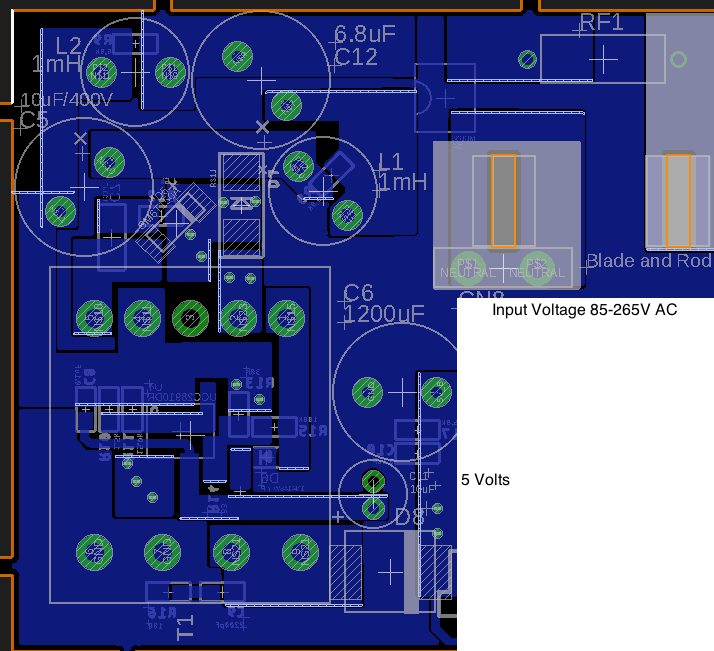