TPS43351-Q1: Could this non-linear behavior be related to the COMP pin clamp?

I have designed a PCB with two TPS43351Q's on board, so a total of four outputs. Three of the outputs look fine when responding to load transients, but one of them stops switching for a short period when I apply a load transient. 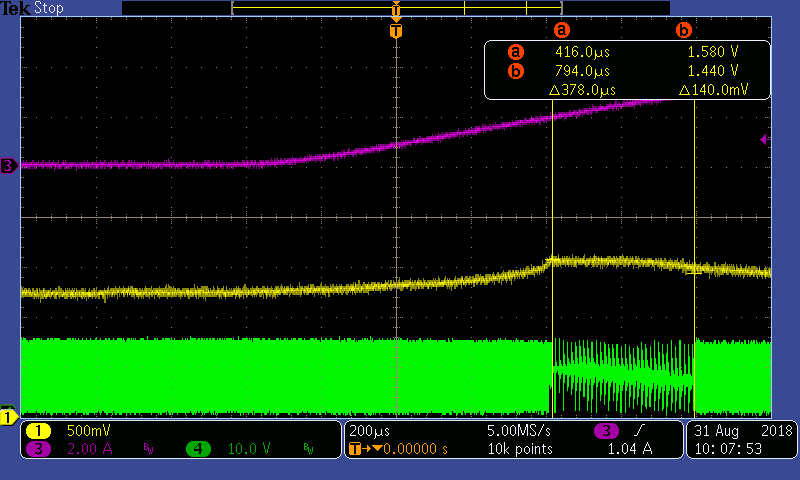 Here are some plots showing the load transient respond together with the AC-coupled output voltage: 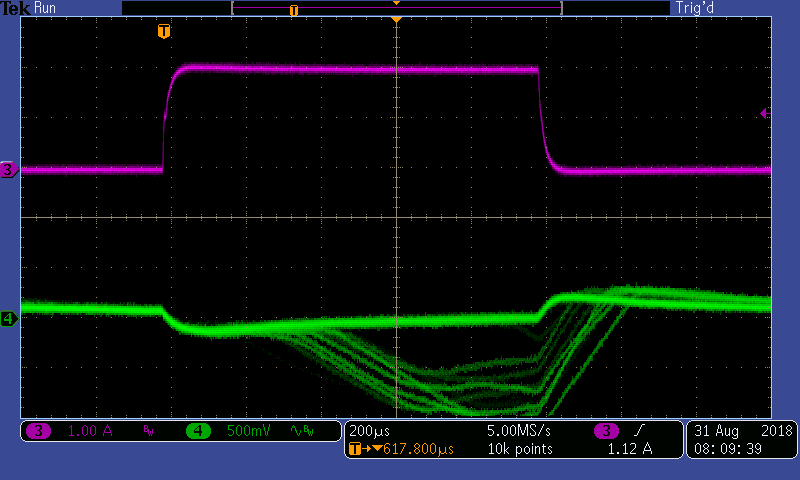 You can see that sometimes the response is correct - bandwidth is a bit low, but PM is good. Since even forced CCM sometimes still has a mode boundary of sorts, here's a plot with output current going from 1A to 3A: 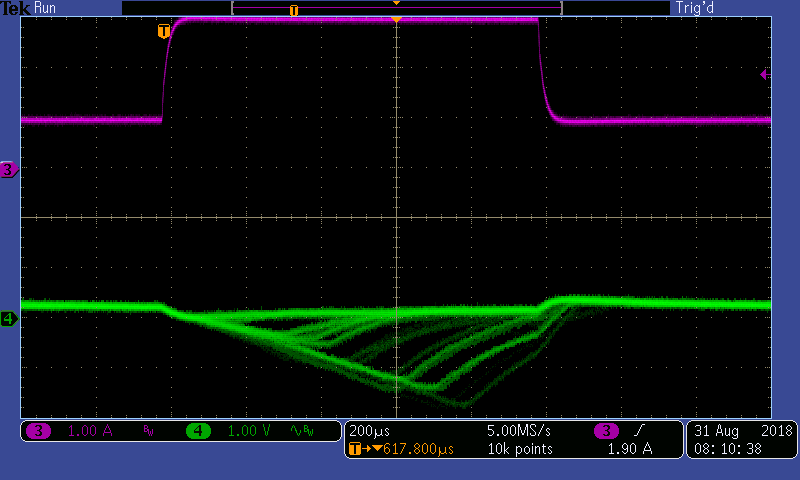 In steady state, the sensed current signal looks fine to me, both the waveform and the amplitude: 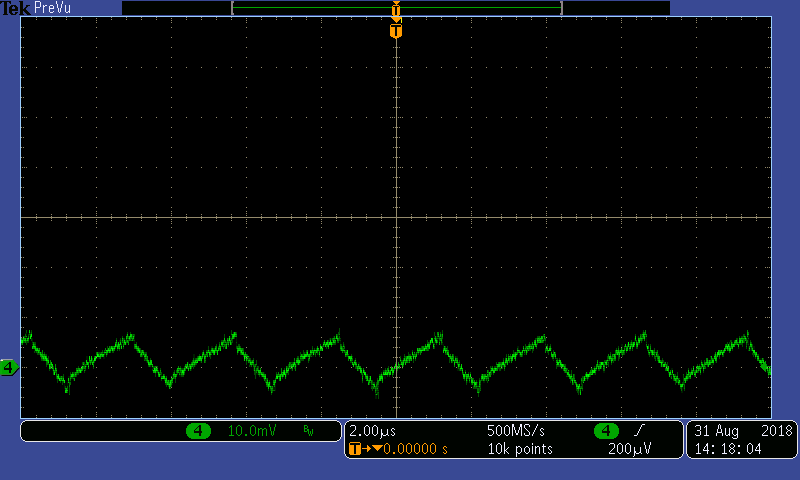 This is for no-load, with a low-inductance test fixture placed across the current sense resistor 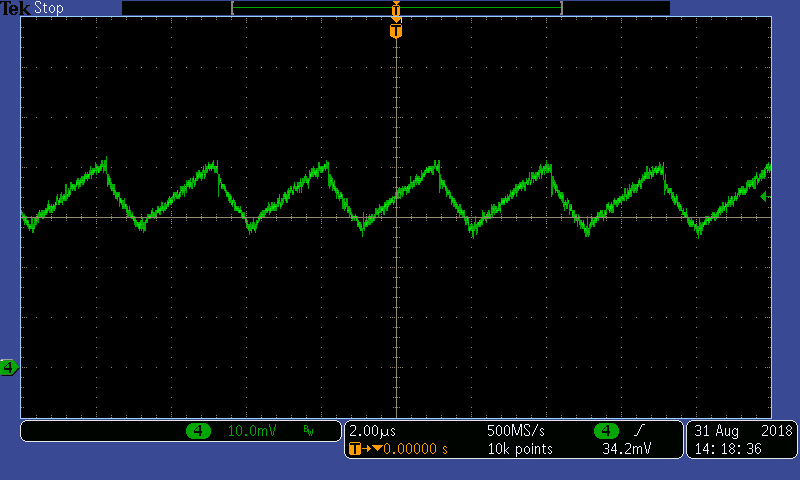 And again but for the maximum output current of 4A. I used single trigger because the spread spectrum can make the plot "fuzzy".

According to my network analyzer, the control loop is a bit slow, but perfectly stable up to 3A

This is the complete loop at no load.

And again for a 3A load.

But at 4A the network analyzer gives nonsense:

At 4A the output voltage drops more than it should, it falls to about 8.1V, but it also appears that the control loop is not in control. I read in the datasheet that there's a COMP pin clamp, but it's not clear to me what the clamp voltages are. A discontinuity is visible in my very first scope capture at around 1.58V. Gives the high duty cycle in steady state, this seems to be the most likely reason.

I'm attaching a schematic in PDF format. Not shown in the schematic are the bulk input caps and input filter. I've checked the input voltage and the VREG pn voltage and both and nice and stable during load transient operation.

In conclusion, I'd like to keep this output in linear operation over the full range of load current. Can you help?