I'm using TPS62125 in a new project. Six boards were assembled until now. All of them are working, however some are showing an unexpected behavior.

Accordingly the equations of page 11 of datasheet, the peak inductor current should be 271mA.

As the maximun current of my circuit is less than half of peak inductor current, the controller should always operate in power save mode (PFM).

That was what I observed in my initial tests. The images below show the voltage at SW pin with nominal and maximum charge, respectively. TPS62125 is generating single pulses of 320ns, as expected. 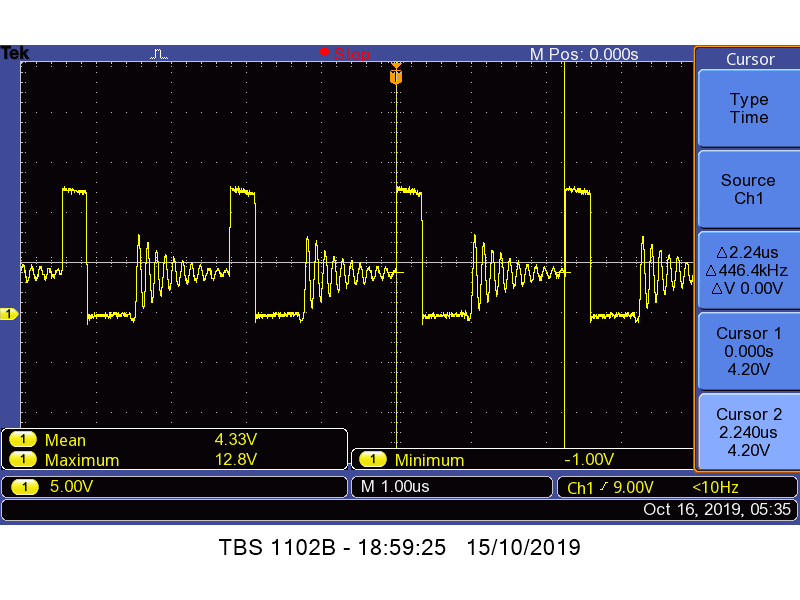 Some TPS62125, however, are generating 2 consecutive pulses at nominal charge, as showed below.

Unfortunately I don't have a current probe to monitor inductor's current.

Aparently this situation is not afecting TPS62125 performance, as the output voltage and ripple keep as expected. However I apreciate if someone could explain what is causing this unexpected behavior. 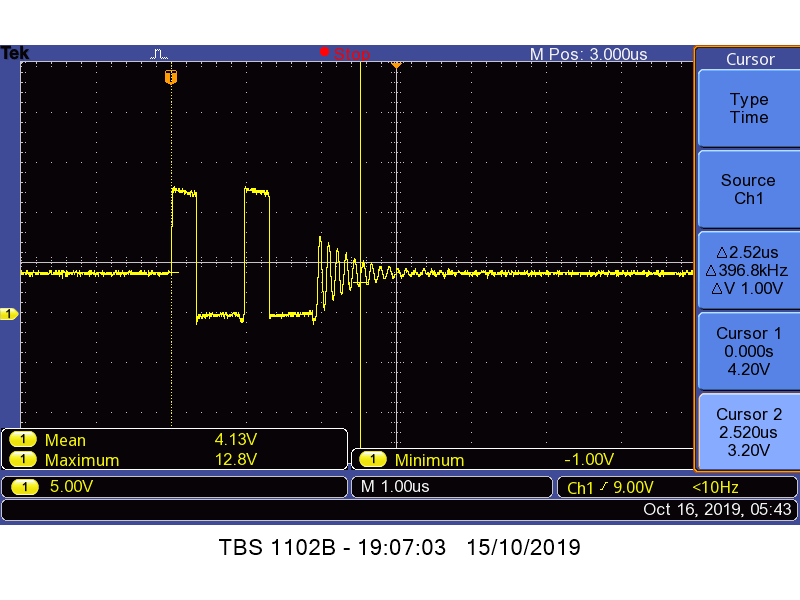