We are using the TPS71725 in a design to provide a VCCIO voltage for three 74AVC4T245PW buffers and a few pull resistors.

The majority of the time, the TPS71725 has minimal to no load. 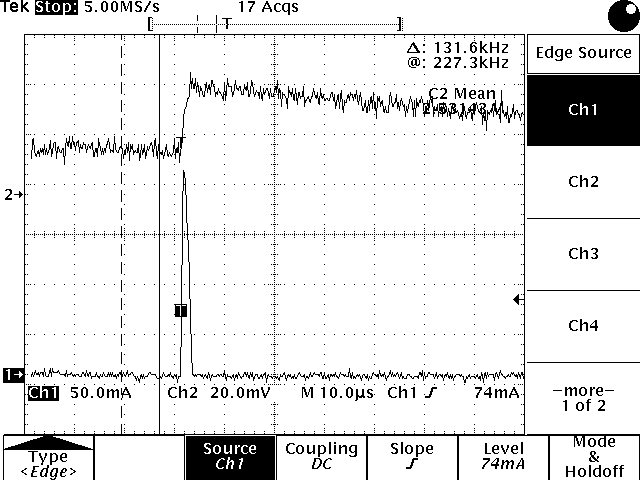 This current spike happens periodically - approximately 6kHz. We've attempted to disconnect as much of the circuit load as possible but we've not been able to identify the source.

The DC level of the 2.5V output does not change noticeably before the current event which to me suggests that it's probably not related to a sudden demand from the load but it would be interesting to know if you agree? Are there minimum load requirements for these parts that might lead to instability? Is there anything else that might cause this kind of problem - perhaps noise on the internal voltage reference.

Happy to share partial schematics/layout but this would need to be offline - so feel free to connect so I can share these.

Any help with this issue would be greatly appreciated.