I am little confused about the TPS22919's short-circuit protection behavior and mechanism. My understanding is that IC is using voltage comparator for triggering the SC protection.

The figure below is showed in datasheet: 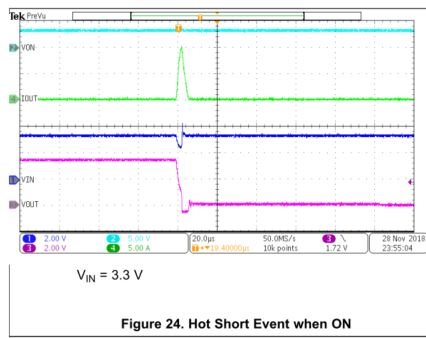 I would like to know what detail condition of this measurement is set.

Is it using e-loader to simulate from no-load to short circuit condition?

Is the peak duration of the Iout to be the respond time of TPS22919?

Thanks for your time reading the question.