However, a problem has occurred, so we will contact you as follows.

First of all, please review the suitability of the configured circuit. 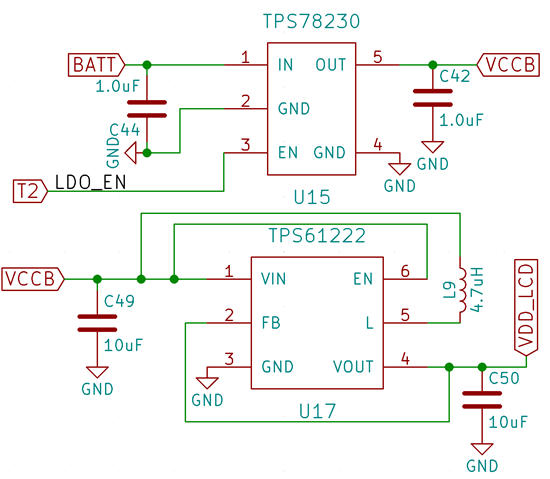 If C49 and C50 in the circuit diagram are removed, OUTPUT LEVEL is normally output as 3.0V.

What is causing the problem?

And what is the relationship between the TPS61222's IN/OUT CAPACITOR?

We will inform you of additional confirmed matters.

In case of malfunction, it has been confirmed that there is a defect and a solution to the defect according to the capacity value of C42.