I have designed an IBB with LMR14010A. I used this application note as a reference.

Design is as follows:

I have built the design, and now I'm validating, but I'm running into an issue. 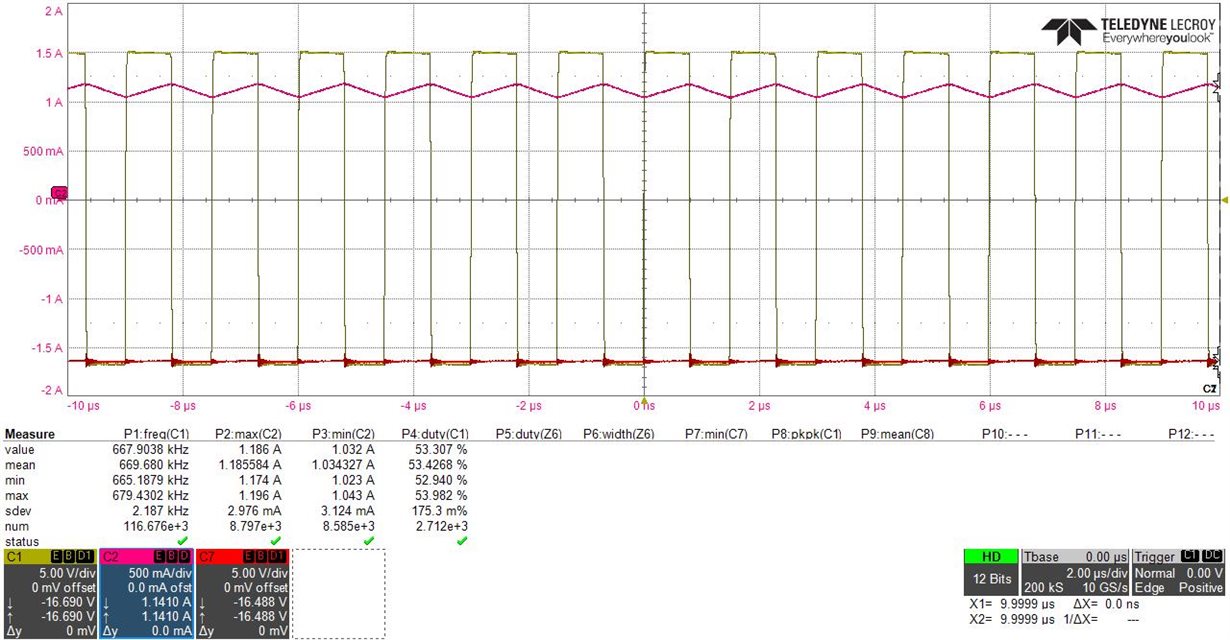 As you can see, it is acting properly. The ripple currents as almost spot on my calculation. As I increase the current, it eventually starts looking like this: 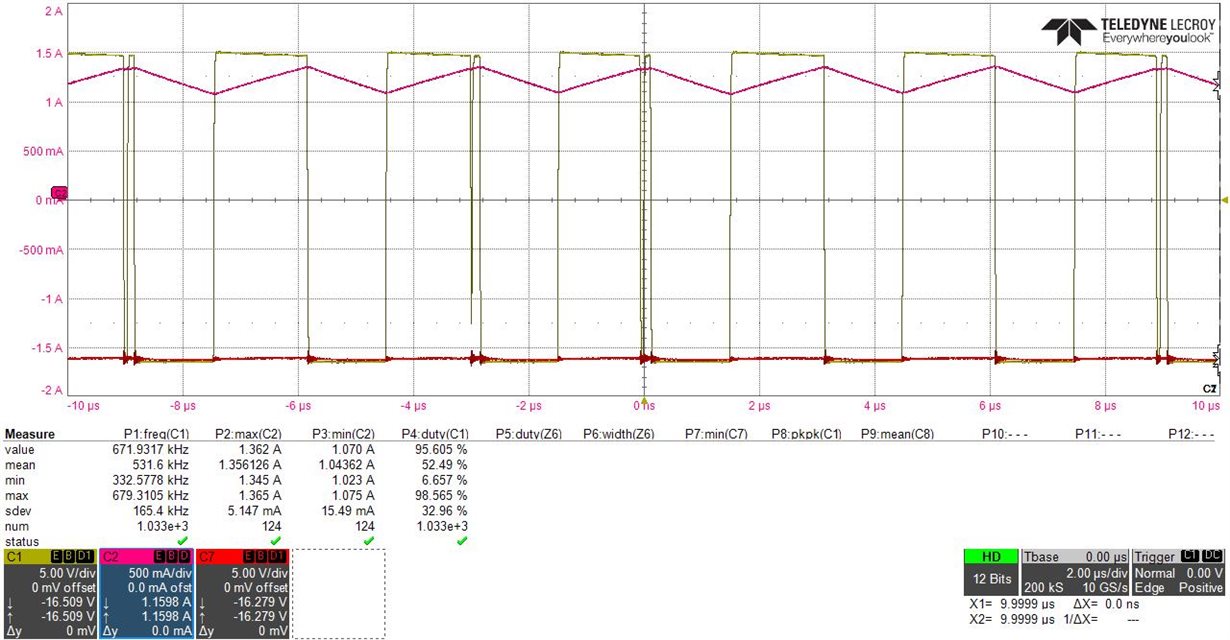 At first, I thought maybe I was saturating, but looking at the the peak current, it doesn't seem to be the case. The inductor is rated for 1.7A (continuous and saturation). I also initially thought, maybe I'm hitting the 1.5A current limit of the part, but again, this seems to be within that. Another thought was possible the IC was hitting the temperature limit (170 at the junction). Heat does exacerbate this issue. I have seen the case getting close to 100C. Heat may be the main culprit, and how much this part is trying to dissipate. At 0.5A, I'm seeing ~80% efficiency which correlates to ~2W being dissipated. Again, this may be the main culprit here, but I want to make sure this isn't a subharmonic oscillation?

When in this mode, increasing the input voltage resolves this issue, making me wonder about this possibility. So this is my main question. Does this look like a sub harmonic oscillation to you, have you run into this, and is there anything that can be done or not since this part has built in slew rate compensation? Being a simple switcher is nice, since it's simple, but maybe not so nice since I cannot do anything about the compensation network.