I have take an example project say  Multirole from 'TI' folder to my personal folder,when I have pulled it out of TI folder and imported the project into Code Composer Studio then its Syscfg  version is changed to 1.8.0,but while building the project it needs Syscfg 1.8.2 so everytime I import the project I need to change the Syscfg version for both Release and Debug .So is there any alternative to escape this kind of work of changing Syscfg. 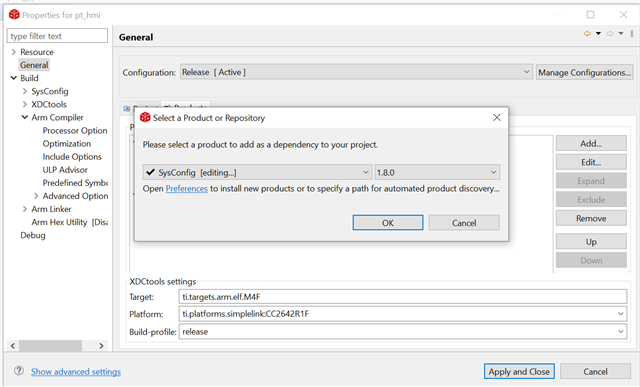