I decided to create a new thread for https://e2e.ti.com/support/wireless-connectivity/bluetooth/f/538/t/802479 as I fixed the programming issue that was previously happening with my custom boards but now there is a new issue related to the power consumption of the boards.

I have custom boards that use CC26504X4 as the MCU. After programming the boards, it was found that they have current consumption much greater than expected and also not the behavior the boards were exhibiting couple months back (when it was working properly with normal power consumption). Using an oscilloscope and op amp to perform current measurements, it was found that there is a spike every 8ms during advertising when advertising events should be every second. I could connect to the custom boards over BLE using a central device however the connection would periodically disconnect as well. The same exact code running on a TI CC2650EM-7ID exhibits the behavior I expect with advertising packets every second. This can be seen in the two graphs I've attached. Also the spikes for the custom board are also much greater than the evaluation module; EM-7ID has expected 8.5 mA adv spikes whereas custom board 14-17 mA. Both EM and custom board were powered by a DC power supply set to 3V for these tests.

Do you know why the code isn't executing properly on the custom boards that use a CC2650 4x4 chip? I have not modified the ccfg files and the custom boards use external oscillators for the LF (32.768 kHz) and HF (24 MHz) clocks just like the CC2650EM-7ID (checked registers and clocks are set properly). I used the following lines of code to measure the LF clock but it was the correct 32.768 kHz.

Any other suggestions are appreciated. 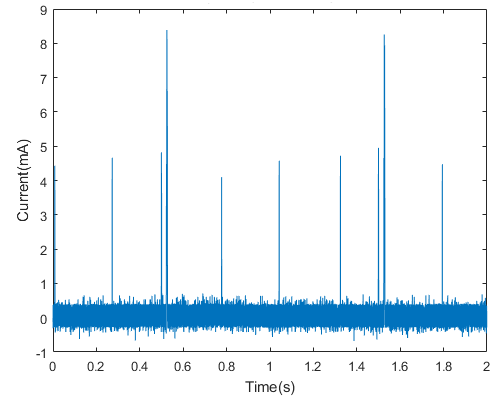 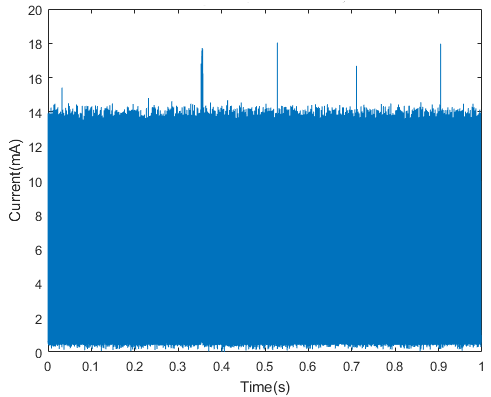