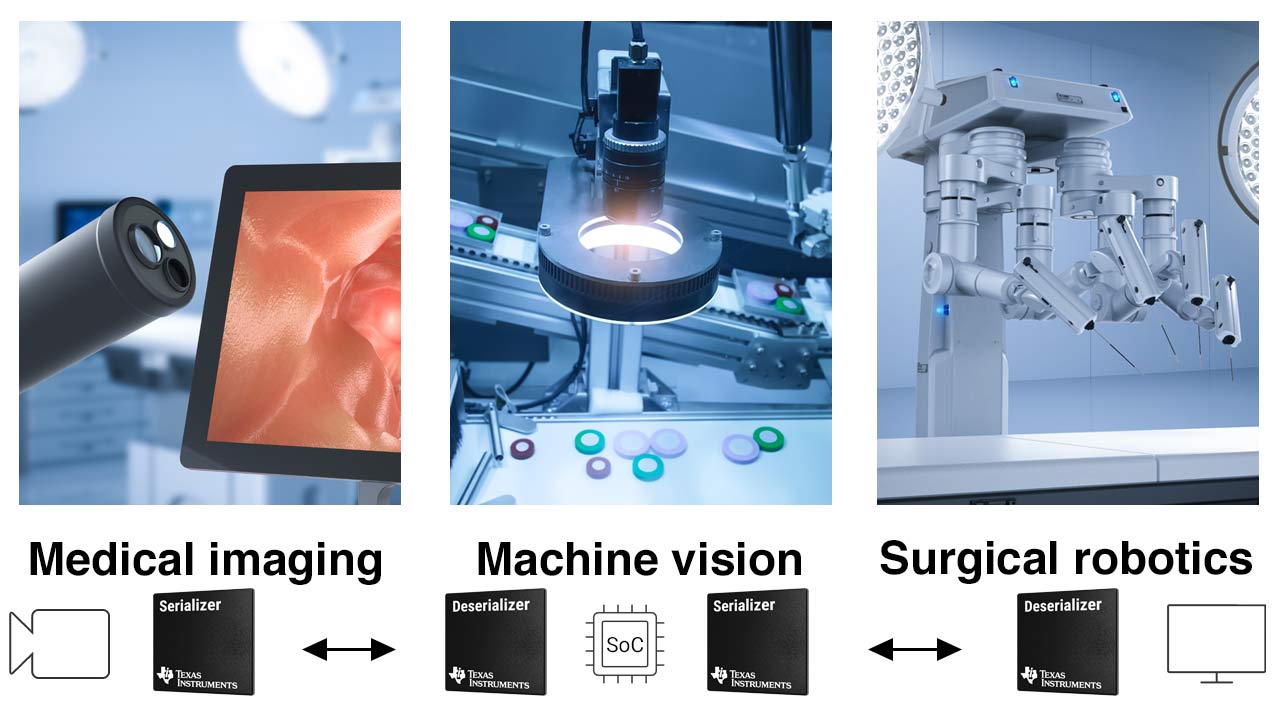 Artificial intelligence (AI) is fundamentally changing the capabilities of machine vision and imaging applications. Edge Al, a subset of artificial intelligence that enables localized decision making at the edge, plays a key role among other elements such as 5G network and the Internet of Things (IoT) in the development of New Infrastructure. Through focusing on equipping and enabling devices with edge AI, it becomes more practical for customers to implement this technology in their system, further accelerating the expansion of New Infrastructure. Edge AI enables increased accuracy and sensitivity in the real-time analysis of high-resolution imaging data and the rapid detection of patterns or abnormalities. These capabilities are helping in robotic-assisted surgical procedures, 3D imaging-based security and surveillance platforms, and vision-based industrial robotics in factory automation settings.

Advances in sensor technology and the availability of ultra-high definition or 4K video image sensors in tiny modular packages are making this shift to edge AI-based processing possible.

Applications such as robot-assisted endoscope platforms and machine vision cameras need to transfer high-resolution image data from a sensor mounted on an extremely small probe tip, physically connected to a video capture and analysis system through a very thin cable. Control information from the video capture system flows back into the probe tip simultaneously, providing a way to control the position of the probe tip with control aspects such as tilt and zoom.

Vision-based control systems like the industrial mobile robots shown in Figure 1 require very low latency for real-time acquisition and high-resolution video data analysis. Very low latency is also needed to transfer the control information in the reverse direction to modify the camera position. The number of cables and conductors, size of the conductors, and power dissipation on the sensor side can be significant limiting factors in space-constrained applications such as endoscopes and machine vision.

Many existing high-speed interface technologies can help enable the reliable transmission of high-resolution video data, but there are downsides for vision-based control systems. For example, standard technologies such as Ethernet come with additional latency because of protocol-related overhead. Since Ethernet physical layer devices cannot directly interface to the native video interfaces of sensors, they also require additional wires and components such as crystal oscillators. For example, a 4-MP, 30-fps high-resolution imager generates about 3.2 Gbps of video data. A single Gigabit-based Ethernet link such as 1000-BaseT does not provide sufficient throughput to carry this high-resolution data without compression, which introduces artifacts into the image stream that could in turn introduce errors in machine vision-based video processing.


What are V3LinkTM SerDes ICs?

Specialized serializer/deserializer (SerDes) technology such as the V3Link TSER953 serializer and TDES960 and TDES954 deserializers work in tandem to transfer high-resolution video, control signals and power simultaneously over a single ultra-thin wire. These devices help establish links between sensors and processors to aggregate clock, uncompressed video, control, power and general-purpose input/output signals, as shown in Figure 2.

In addition to facilitating the transfer of video data, control signals and power over a single cable, V3Link devices include adaptive equalizer technology that can compensate for a loss of up to 21 dB at 2.1 GHz, enabling the use of very thin 28 to 32 American wire gauge (AWG) cables. The higher the AWG number, the thinner the cable and the higher the signal loss.

Thinner cables are more flexible and can enable applications where sensors require positioning in tight, space-constrained applications such as endoscopes. The ability to transfer power and control signals on the same thin cable also minimizes the number of conductors.

At typical power dissipations of 250 mW on the sensor side, V3Link serializers consume very low power, enabling the integration of the sensor and serializers into very compact areas without the need for power and heat dissipation, which requires additional space. The V3Link product’s proprietary grandmaster clock synchronization technology eliminates the need for a crystal or any oscillator on the sensor side, further reducing cost and overall space requirements.

From medical imaging applications to machine vision cameras, edge AI is driving the need for real-time video capture, transfer and analysis. V3Link SerDes ICs help engineers meet these needs while also reducing the number of cables, power consumption and overall system cost. V3Link devices provide a versatile link technology and are a good fit in most applications that require real-time capture, transfer and analysis of high-resolution video data. The devices support various cabling configurations such as coaxial, unshielded twisted pair and shielded twisted pair, as well as a variety of clocking modes such as synchronous and asynchronous.