TI E2E support forums
Archives
Precision Hub And then there was noise: The mystery of the missing ENOB (Part 3)

And then there was noise: The mystery of the missing ENOB (Part 3)

** This is the last post in a three-part ENOB blog series that launched on Halloween. You can find part 1 and part 2 here if you missed it. ** 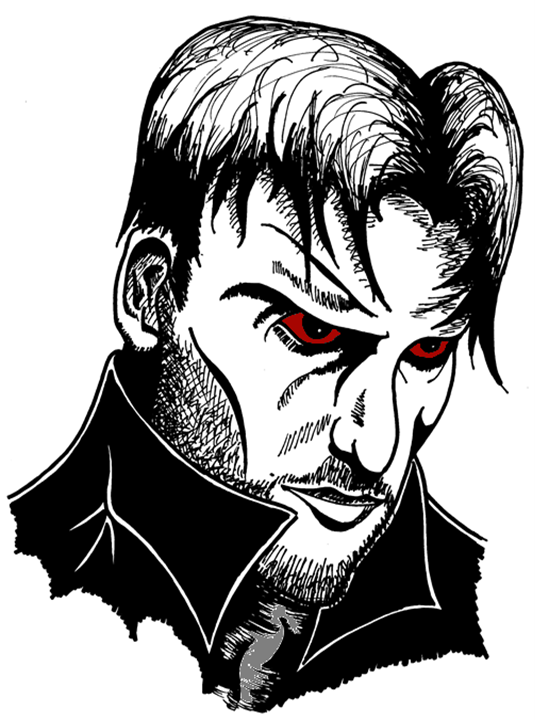 Sheets of heavy rain pound the pavement outside.
Arcs of lightning crackle in the distance.
A shadow fills the doorframe.
The eyes glow red.

“It’s the eyes!” PGA shrieks. “The eyes
I saw just before ENOB disappeared!”

THUMP.
The shadow takes another step
toward the light.

“He did something to ENOB – or at least he
knows what happened to him!” PGA yells.

Another step forward.
Another menacing THUMP.

PGA swallows hard, then
sputters: “W-Who are you?”

The shadow steps into the light.
He’s got a deeply lined face.
Leathery skin.
Eyes like embers.

Defiantly, PGA steps in front of the stranger. “What did you do to ENOB?”

Input-Referred Noise brushes past PGA.
He waves to the bartender for a drink.
He takes a seat at a table.
Staring off into the darkness of the room and his memories, the man begins.

“ENOB … always spouting off nonsense about being the best resolution metric. I’ve been chasing that
punk for years, trying to set the record straight.” 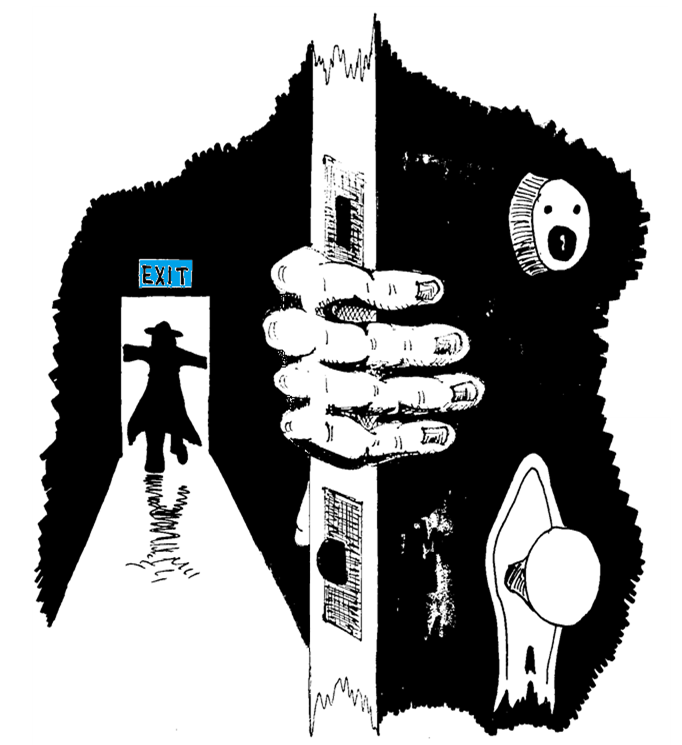 Input-Referred Noise takes a long, slow sip of his drink.

“I heard whispers he was lying and
cheating his way across town. I
finally tracked him here. I waited for
just the right moment and –”

“You killed him, didn’t you?”
PGA shouts. He glares at the
others. “I told you guys I had
nothing to do with this!”

Input-Referred Noise rolls
his eyes: “Don’t be so
dramatic, PGA. I didn’t do
anything to ENOB – he
bolted like a coward
before I got the chance.
He got nervous when you
guys called him out on
the resolution of the
10mV bridge signal. He
knew it’d make him look
bad, and he panicked.”

“Fortunately for him, the lights go out and he disappears in the
confusion. I followed him out the back, but he was already
gone.”

Multiplexer stands up: “Great – ENOB’s gone. One mystery
solved. But that doesn’t explain what happened to the bits – did he take them?”

“That’s a good question.” Input-Referred Noise motions to the bartender. “Give me a napkin and a pen.” 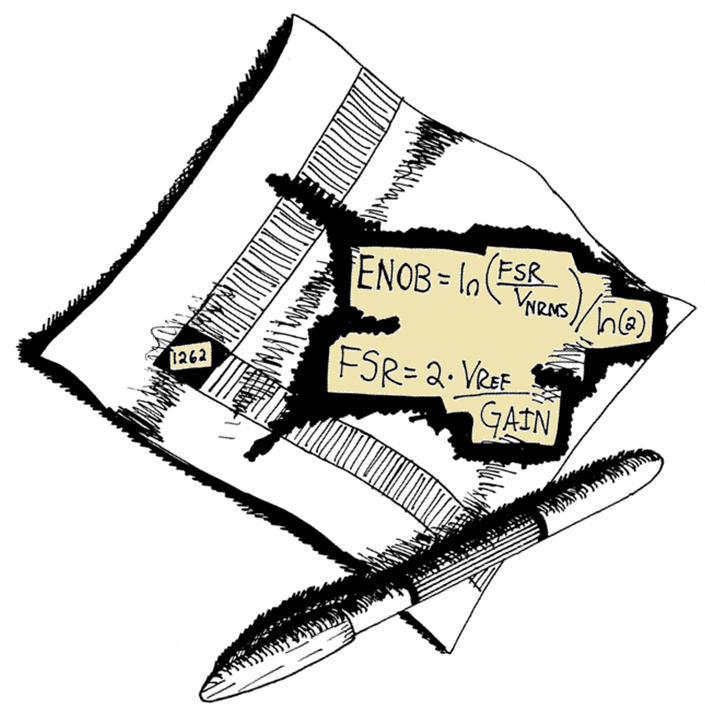 As the crowd gathers around, he draws out an equation on the napkin.

“But it’s important to note that because
of this ratio, ENOB is easily manipulated
by modifying the reference voltage. In
fact, the same input-referred noise with
a 5V reference increases ENOB to 26!”

“However, when your input doesn’t
use the FSR, like with the bridge
signal you originally sampled, ENOB
takes a huge hit,” the stranger
continues.”

“With your 10mV full-scale signal, 5V reference and
gain of 1, your actual resolution is 16 bits, not 26 as
ENOB claimed. But again, the RMS noise remains the
same.”

“You want to know where the bits went? My guess is he never even had 26 bits in the first place.”

Shocked whispers ripple through the crowd.

Op Amp steps forward. “That’s all well and good, but even after ENOB disappeared, we lost more bits when we tried to gain up the signal with an external amplifier. How do you explain that?”

Input-Referred Noise calmly looks around, then locks his gaze on PGA. 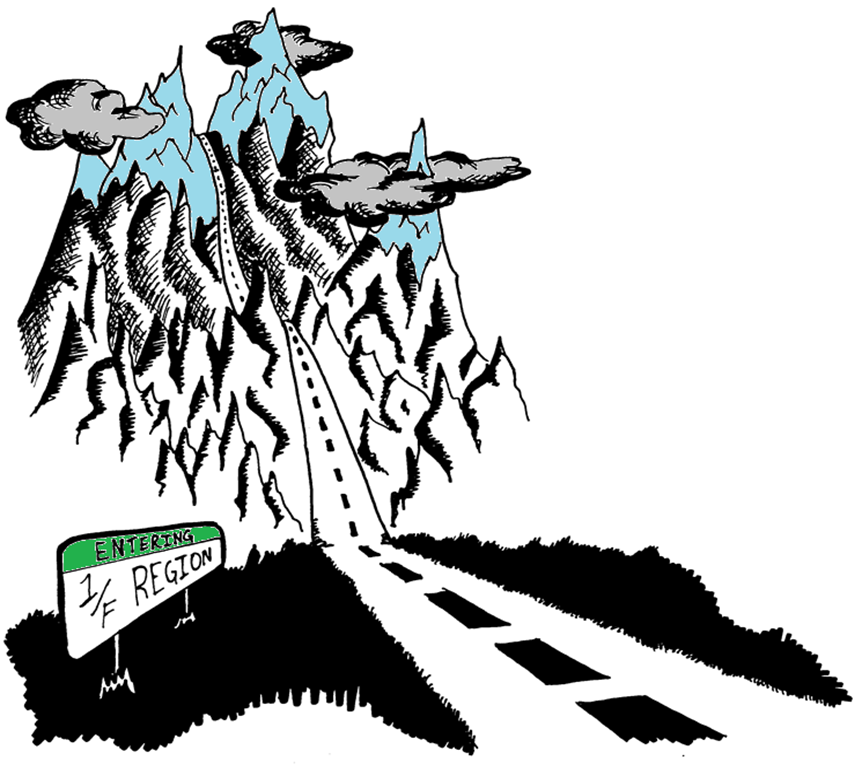 “And there’s your problem. When you’re
measuring slow-moving signals like a load-cell
output, your frequencies of interest are in the
1/f region of the amplifier’s voltage-noise
spectral-density curve. But a lot of amplifiers
specify voltage-noise spectral density around
1kHz, which isn’t relevant here.”

Input-Referred Noise puts his hand on Op
Amp’s shoulder, then turns to the crowd.

“For example, in Op Amp’s case, if you
assume an effective noise bandwidth of 1Hz,
you’re gaining up to 50nVRMS of noise at the
input of the analog-to-digital converter (ADC).
If you used a programmable gain amplifier
(PGA) with no external amp, you’d only be
gaining up 7nVRMS of noise.

That gives you better resolution, even with less gain.”

Op Amp cries out: “I’m sorry, brother! Maybe if I was chopper-stabilized, things would be different.”
“It’s okay, big guy,” reassures Input-Referred Noise. “We all have our place in life. Yours just isn’t in front of a high-precision, low-noise, delta-sigma ADC.”

The stranger finishes his drink, pays the bartender, then turns to leave.

“Where are you going?” PGA asks.

Input-Referred Noise gazes out the windows with tired eyes.
Outside, the clouds break.
The sun slices through the blinds.
The light cuts across his face like battle scars.
He takes a deep breath. 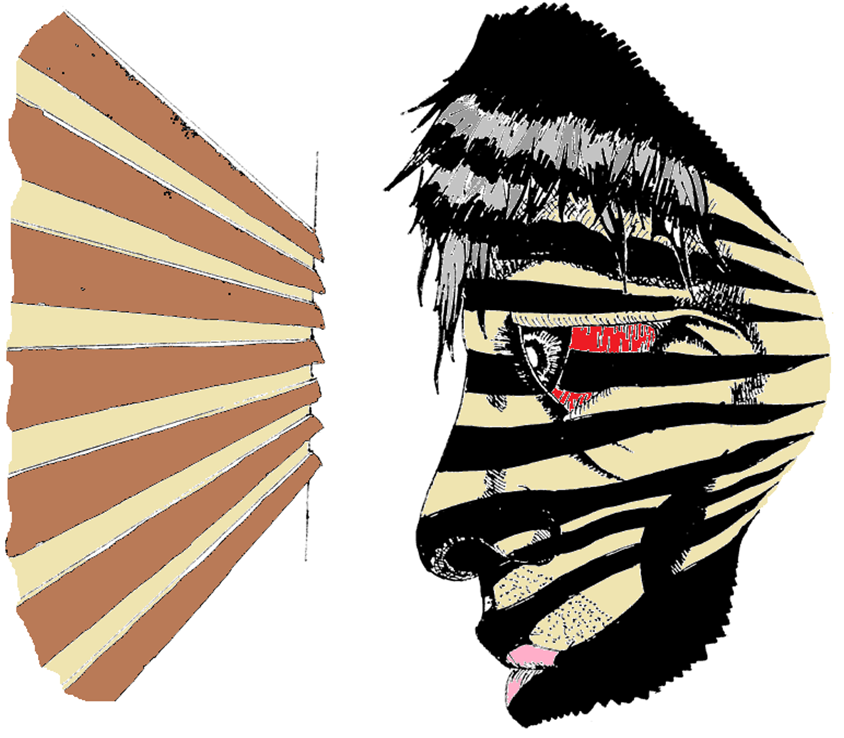 “ENOB’s out there somewhere. I bet  he’s halfway to the next town by now, looking for more well-meaning people to believe his lies. And the only thing that’s going to stop him is me – a straight-shooting absolute value who always tells it like it is. He can run, he can hide, but wherever ENOB goes –”

And with that, our story has come to an end. However, the battle for legitimacy rages on, as the myths surrounding ENOB persist. Will you join the fight and spread the word that input-referred noise is the best metric for specifying ADC resolution? If yes, please check out these other resources in your quest for truth; justice; and high-precision, low-noise ADCs.