To describe delta-sigma modulator performance, manufacturers typically assume that the modulator is used with a particular low-pass digital filter. Many times, the type of filter selected is a sinc filter of order 3.

Figure 1 shows the frequency response of a typical sinc 3 filter. 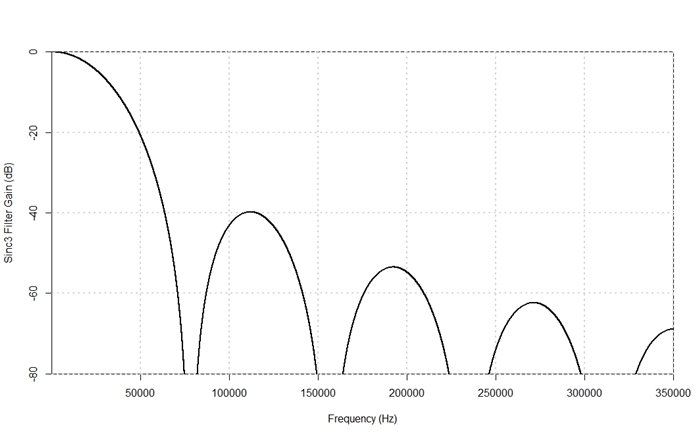 Sinc filters belong to a family of digital filters called cascaded integrator-comb (CIC) filters. CIC filters are used frequently with delta-sigma modulators because they have very efficient hardware structures that can be built using a relatively low number of digital gates compared to other filter architectures. Figure 1 uncovers the main tradeoff when using sinc filters: the filter structure is simple and inexpensive to implement, but the transition band of these filters is rather wide.

Often times, motor controllers and power inverters use acquisition systems like the one shown in Figure 2. There are many “knobs” that you can turn in order to configure the system. The main question is: How does each knob affect system performance? 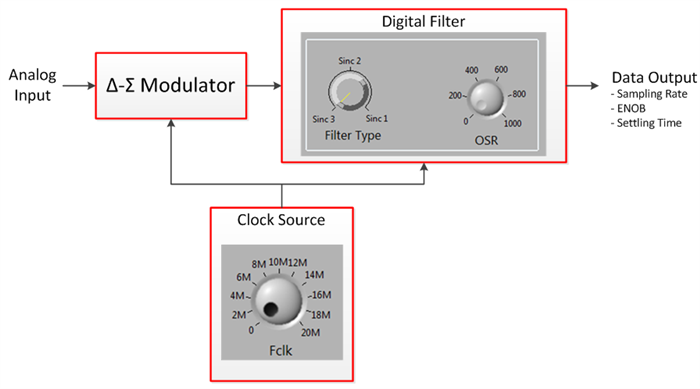 To answer this question let’s examine the different variables of the system and how they interact.

The first relationship to consider is between the clock frequency (this frequency is used to run both the modulator and the digital filter) and the output data rate. Equation 1 below relates these two variables.

To get a good idea of how output data rate (in samples per second [SPS]) and OSR relate to each other, see Figure 3. 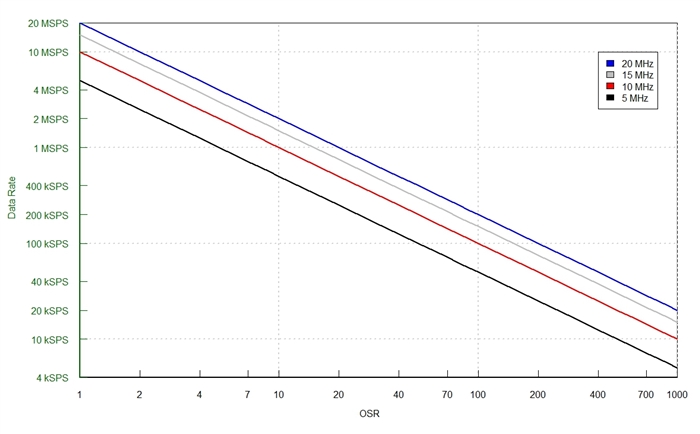 Suppose that we decide to use a 20MHz clock and are interested in the level of performance we can get out of the system. Figure 4 shows a graph that helps answer this question. 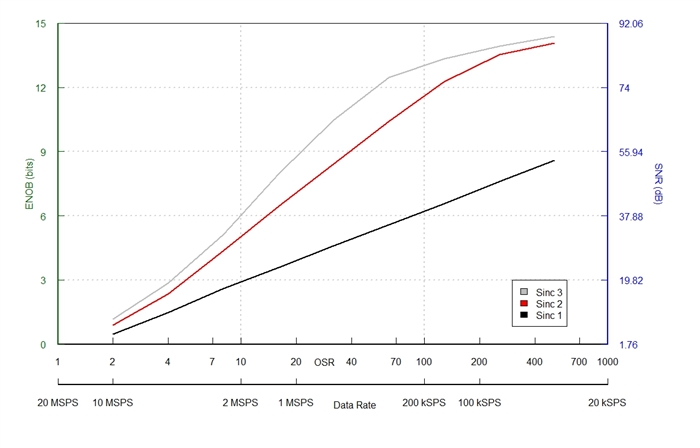 Figure 4: Effective number of bits and signal-to-noise ratio as a function of filter type, OSR and data rate for a system running at 20MHz

Figure 4 displays two key metrics of system performance. Equation 2 below relates the effective number of bits (ENOB) and signal-to-noise ratio (SNR). ENOB and SNR provide a quick snapshot of the acquisition system effectiveness. As Figure 4 illustrates, OSR and filter type play a crucial role in system performance; the higher the OSR, the more precise the system becomes. Figure 4 also clearly shows that the price paid for higher precision is a lower data rate.

The one missing part of the performance puzzle is whether latency exists in the signal chain. As you can imagine, it does! The more aggressive filtering you choose (by selecting a higher-order filter or by increasing the OSR), the more latency in the system. 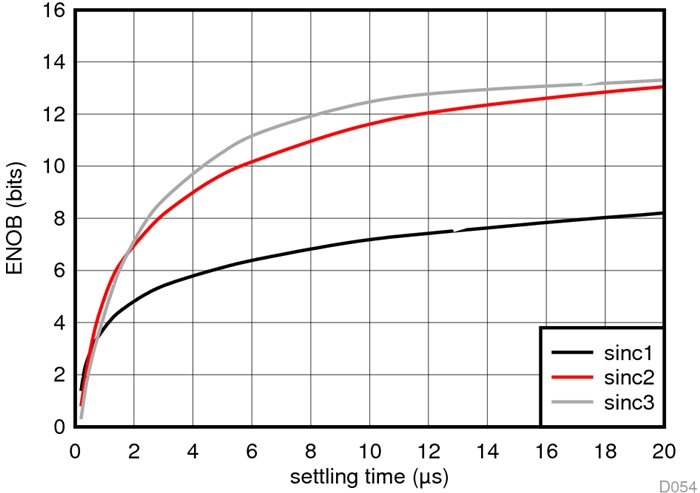 System designers always face performance trade-offs; a system like that shown in Figure 2 is no exception. The trade-off that such systems present is this:

Fortunately, plenty of room exists between these extremes, allowing you to choose a system that fits your particular application needs.