TI E2E support forums
Archives
Precision Hub The basics: How to layout a PCB for an op amp

The basics: How to layout a PCB for an op amp

Applications engineers tend to overlook printed circuit board (PCB) layout during circuit design. It is often the case that a circuit’s schematic is correct, but does not work, or perhaps works with reduced performance. In this post, I will show you how to properly lay out an operational amplifier (op amp) circuit PCB to ensure functionality, performance, and robustness.

An intern and I were recently working on a design together using the OPA191 op amp in a noninverting configuration with a gain of 2V/V, a 10kΩ load, and a supply voltage of +/-15V. Figure 1 shows the design schematic. 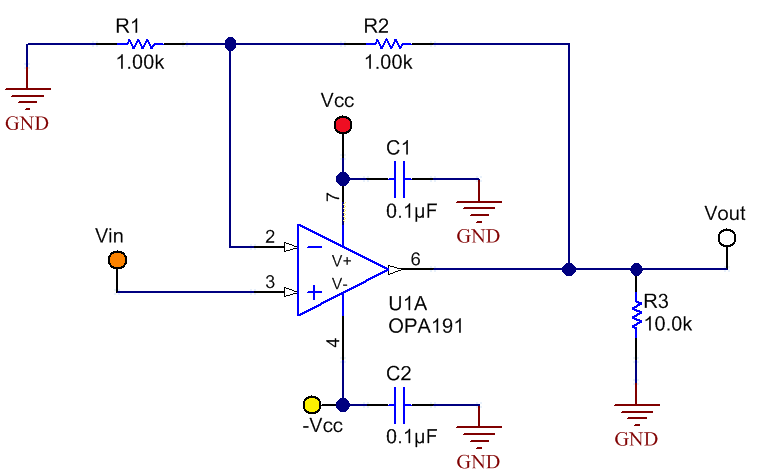 Figure 1: Schematic of the OPA191 in a noninverted configuration

I tasked the intern with laying out the PCB for this design. I gave him some general guidelines for laying out PCBs – keep traces as short as possible and keep components close together to minimize board space – and sent him on his way. How hard could it be? It’s just a few resistors and a couple of capacitors, right? Figure 2 shows the first attempt at the layout. The red lines are traces routed on the top layer and the blue lines are traces routed on the bottom layer. 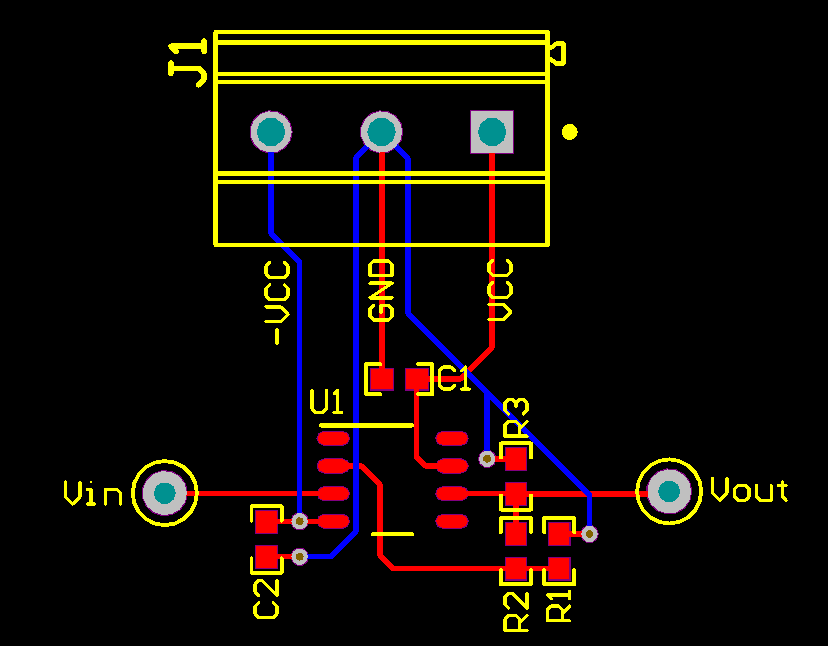 That’s when I realized that PCB layout isn’t as intuitive as I thought; I should have been a little bit more detailed with the guidelines. He did everything I recommended, keeping the traces relatively short and the components close together. The layout could be improved, however, to reduce PCB parasitic impedances and optimize performance.

Another improvement we made concerns the second decoupling capacitor, C2. The via connecting –VCC and C2 should never be put between the capacitor and the supply pin; it should be in a place where the supply voltage must pass through the capacitor before entering the supply pin of the device.

Figure 3 shows how to move each component and via to improve the layout. 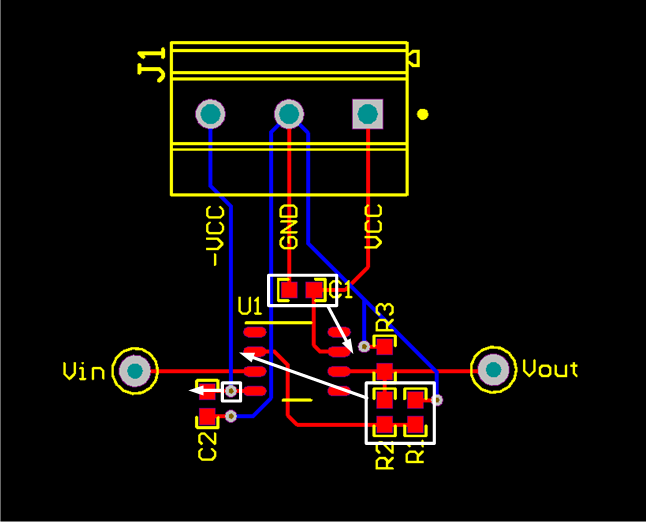 Even after moving the components to new locations, it’s still possible to make additional improvements. You could make the traces as wide as possible to reduce the inductance of the trace – about the size of the pad to which the trace will connect. Another is to pour a ground plane on the top and bottom layer. This will create a solid, low-impedance path for return currents. 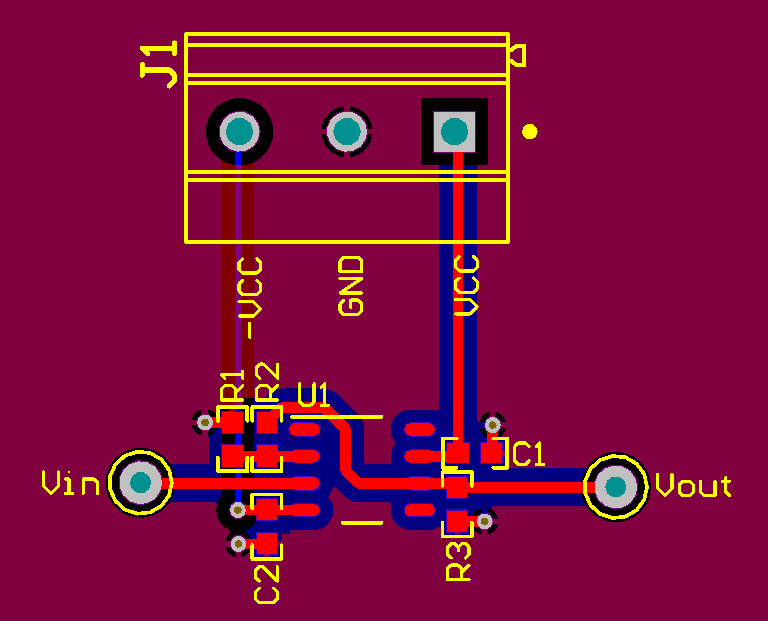 The next time you are laying out a PCB, make sure to follow all of these layout practices: