I am using DLP3010EVM-LC to project GRAYCODE images by using internal pattern mode.

For this one year, the evm (whose firmware version is 7.3.2) was able to project GRAYCODE images (i.e. 1-bit horizontal images) without any issue.

Recently I purchased another new DLP3010EVM-LC (whose firmware version is 8.0.0).

However, I found that projection of GRAYCODE images was corrupted by the new evm.

Please let me know the cause of this problem.

I write down the detail information.

The new evm's information is follows: 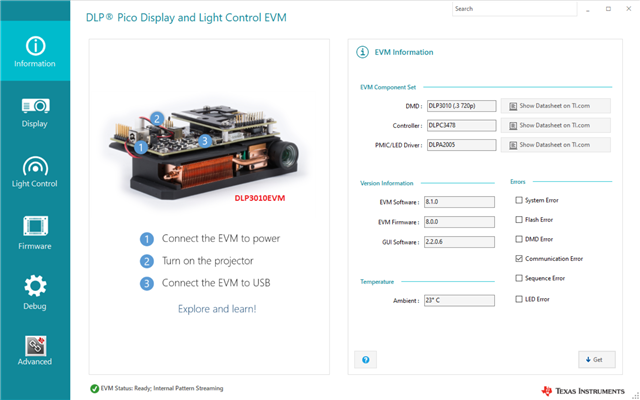 I use two pattern sets. 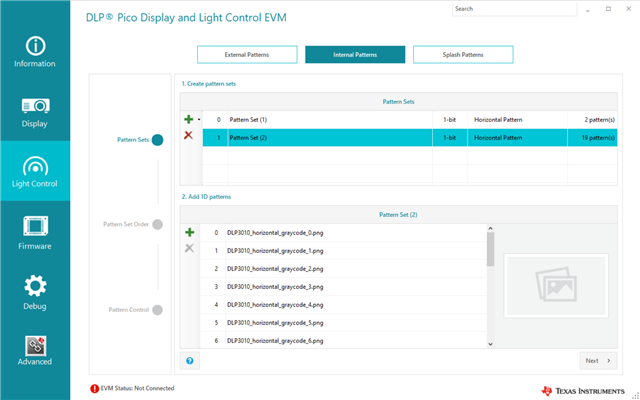 (I also checked short exposure time of 4ms, but the result was the same (corruption occurred.) 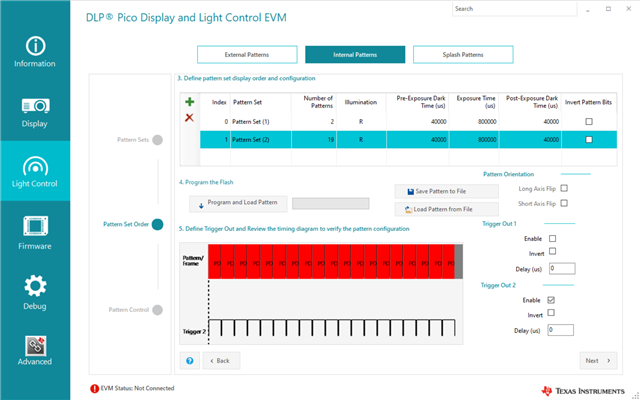 But images of 3rd and subsequent images of PatternSets(#2) are corrupted.

I found that when the two PatternSets of 1-bit images are continuous, the projection of the second PatternSets are corrupted.