I have used the LM317 and LM337 regulators many times in this configuration. In this case the LM337 output is set to 9V. Superimposed is a sawtooth with 180mV amplitude. The frequency and amplitude are affected by the amount of capacitance connected to the output. The sawtooth remains even after disconnecting everything. Even the output capacitors were removed one at a time. The adjust pin was grounded to eliminate the adjust to ground capacitors and resistor. The sawtooth is still present even though the output is at 1.25V. Schematics, output waveform and board layout attached. The regulator does not get warm. It has been replaced twice with parts from different date codes and manufacturers (TI and National). 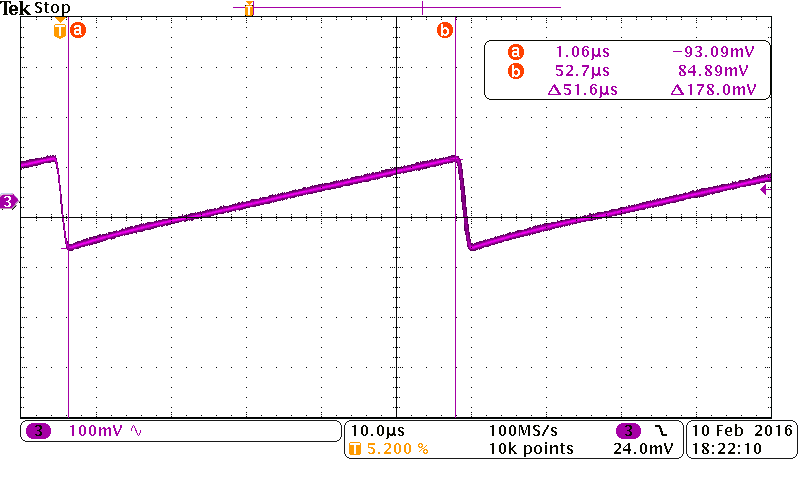 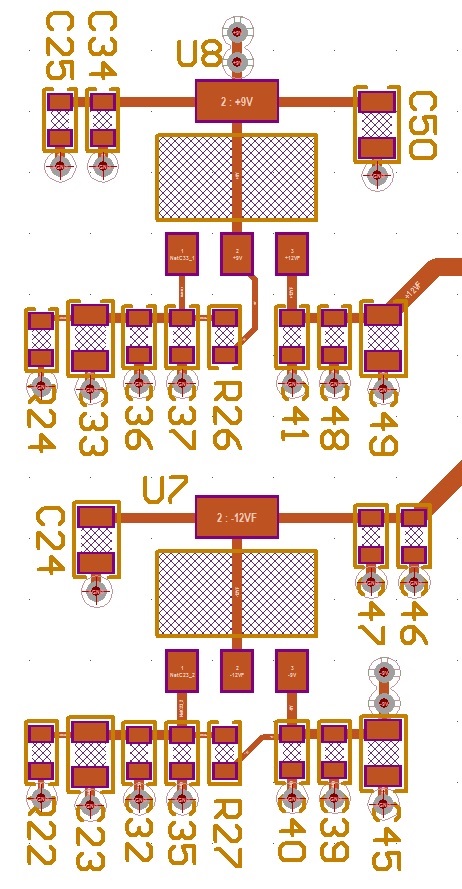