I saw another post with a similar situation as I had. I exchanged a few comments on this post,

Mark has his Enable pin ties directly to Vin and so do I. I've built the 1st 2 prototypes and during testing I've had both board exhibit partial shorts. I just returned from a trip and was able to replace the LM3671 device. With failed deive removed and on the workbench I measure only 10.6 ohms between Vin and GND (pins 1 and 2).

The input source to this circuit is a 100mAh Li-ion battery and the load is a BT SOC and a sensor. The load is very small when I am running the board, less than 5mA on average but I guess the BT bursts are so short I do not see the current change on my bench power supply.

My schematic and board layout is in the other post but I was just able to take a scope shot of the switch node (pin 5). That looks like this:

I'm not seeing the large -2.5V undershoot that was detailed in the other post. I believe that this signal looks good but I wanted to have it reviewed. I'm concerned that the 2 boards that I built both seem to have the LM3671 fail (I have only replaced the LM3671 on 1 board at this point). The other post talked about the switch pin shorted internally but my Vin pin seems to shorted to GND so maybe I have a different issue.

Here's my schematic and board layout: 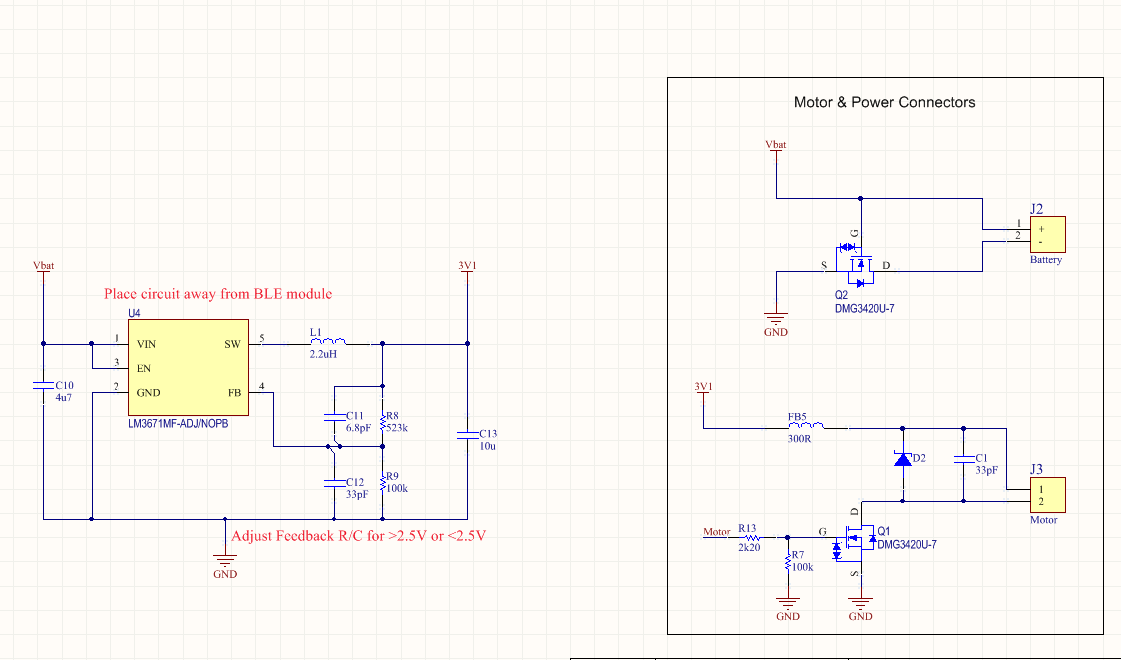 I see now that the feedback connection to the output (3V1) should not have been directed connected to the inductor so I may change that.

Is it still advisable to add a schottky diode the SW pin because I have the enable pin shorted to Vin? Since my failure mode is different and I don't (initially) see large over/undrshoot maybe I don't need to add the schottky.

I've got a tight production schedule that I can't miss so I only have a couple of days to determine what to do so any advice would be greatly appreciated.