Recently we decided to switch to a rechargeable lithium-ion cell for the input source (4.2V max).  In my testing, I have been able to "kill" the TPS6100 device that is set for a 5V output.  On multiple boards, when the input supply is set to 4.2 - 4.3V, the TPS61200 shorts outs.  Sometimes this takes multiple power cycles.  So far, this has only happened when using a benchtop power supply and not the actual lithium-ion cell.  I suspect that the lithium cells never reach a full 4.2V.  I am using an Agilent power supply and have verified that there is no overshoot.  We also have a reverse and over-voltage protection circuit in series between the battery input and the Vin pin of the TPS61200 devices.  The over-voltage threshold is set at 5V.  The Vin of both the 5V and 3.3V power supplies are tied together.  It is only the 5V supply, however, that is having issues.

Supply 1
TPS61200 set for Vout = 5.05V
The enable pin is under software control.  It is set true about 3 seconds after power is applied to the device.
There is approximately 450uF of capacitance on the output.  20uF is directly connected to the Vout pin while the remainder is near the load.

Supply 2
TPS61200 set for Vout = 3.37V
The enable pin is tied to Vin.
There is 20uF of capacitance directly connected to the Vout pin.

There is 1320uF of capacitance on the input to both supplies.

I have attached the schematic and layout.  On the layout snippet, the ground fill is suppressed.

Do you know why I might see different operation with an input voltage of 4.2V rather than 3.6V or 3.0V?  Since the failure mode seems to be related to the input voltage, why am I only experiencing failures with the TPS61200 that is setup for Vout = 5.05V?  Both devices are connected to the same input voltage.  The layout for both parts is also identical.

When the 5V supply is enabled, the only load is the capacitors on the output.  The actual load is turned on about a second later.

Thank you for your help - 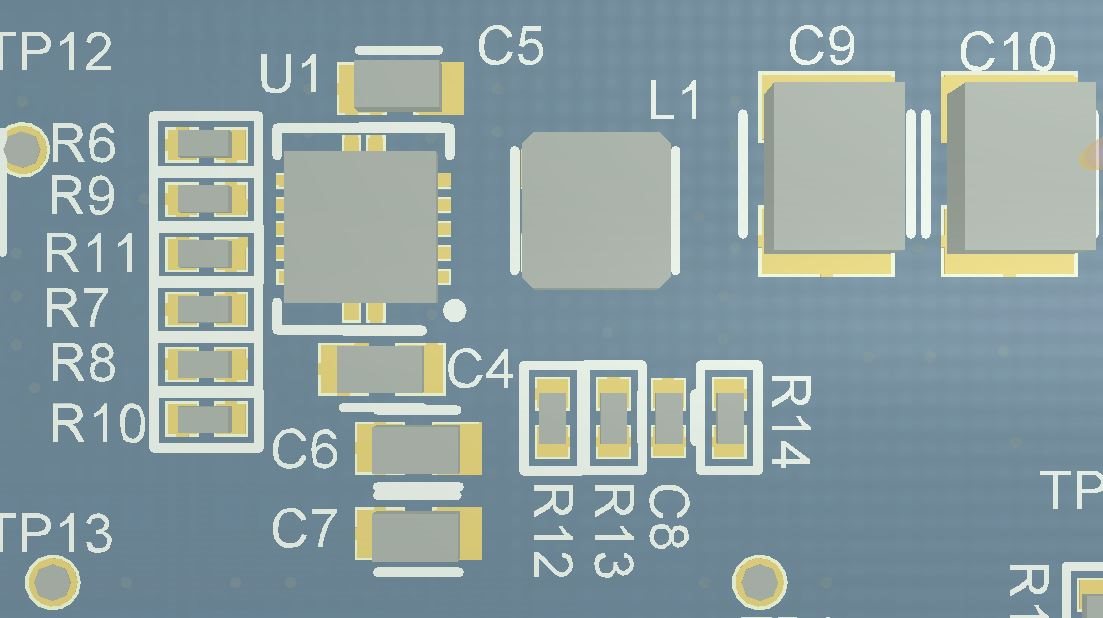 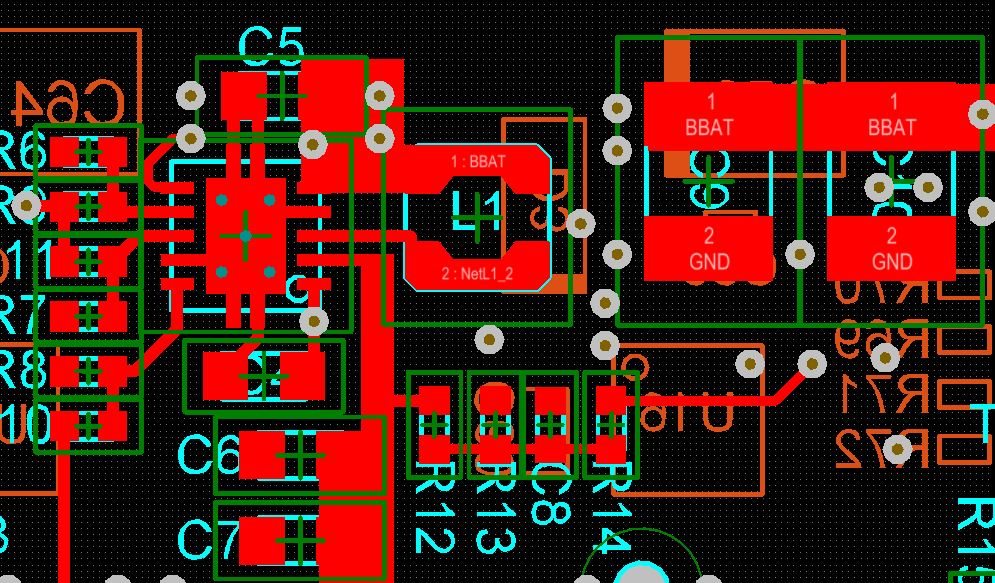