[FAQ] How to use a high side switch (HSS) to implement one fail all fail in a multi-module automotive LED rear light system?

How to use a high side switch (HSS) to implement one fail all fail in a multi-module automotive LED rear light system?

A typical LED based rear lamp, shown in Figure 1, consists of several lamp functions such as tail, stop and turn signals. Based on the shape and design of the lamp, each lamp function could be implemented using multiple LED drivers and LED printed circuit boards (PCBs). Furthermore, each lamp in the rear light is turned on and off by the body control module (BCM).

Figure 1: Rear-lamp and its connection to BCM

A key design requirement in such automotive rear lighting systems is diagnostic solutions to detect LED open, short or single LED short failures. These failure events need to be detected by the BCM so that the driver can be notified of the malfunction via the check engine light.

The BCM detects a failure in the rear light module by measuring the current draw in the control line. In order for the BCM to detect the failure without using high accuracy current sense solution, LED drivers implement a feature called one fail – all fail. With this feature, the LED driver turns off all the LEDs in the specific lamp function, even if one LED fails. That is, if one LED fails, turn off all LEDs.

Many LED drivers have a dedicated “fault” pin which can be interconnected to implement one fail – all fail. However, when the distance between two LED driver PCBs is large within one lamp or even between two lamps, such as a lamp in the fender and a lamp in the trunk, electromagnetic immunity is of concern. A HSS can be effectively used in the solution with its protection features like short to GND and short to battery.

Figure 2 shows a simplified block diagram of HSS in rear light solutions. In this figure, the TPS92610-Q1 is linear LED driver and TPS1H200A-Q1 is HSS device.

Figure 2: Block diagram showing the use of high side switch in rear lamps

The solution works as follows:

Figures 3, 4 and 5 show the performance of the implementation.

Figure 3 shows the system startup. When power is applied to PCB1, the fault pins of LED driver (CH3) and HSS (CH4) go high and the outputs of the LED drivers (CH1), (CH2) also go high. 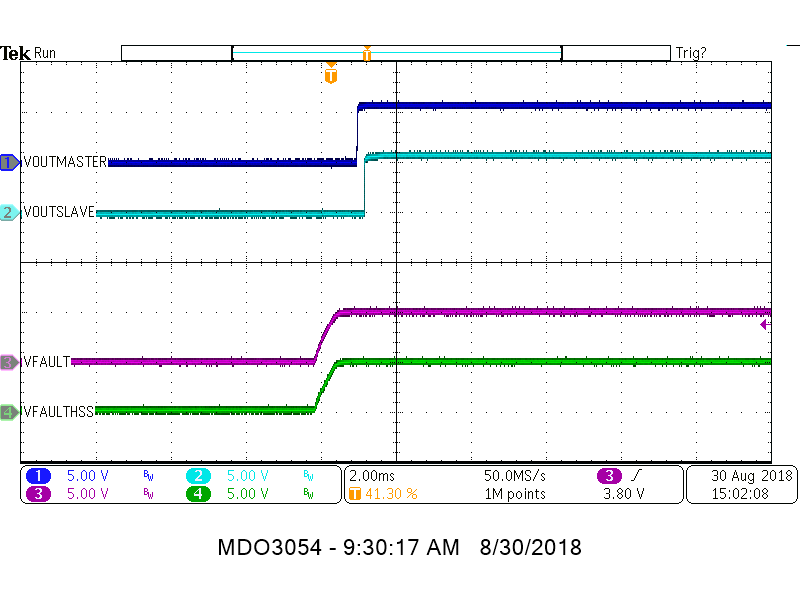 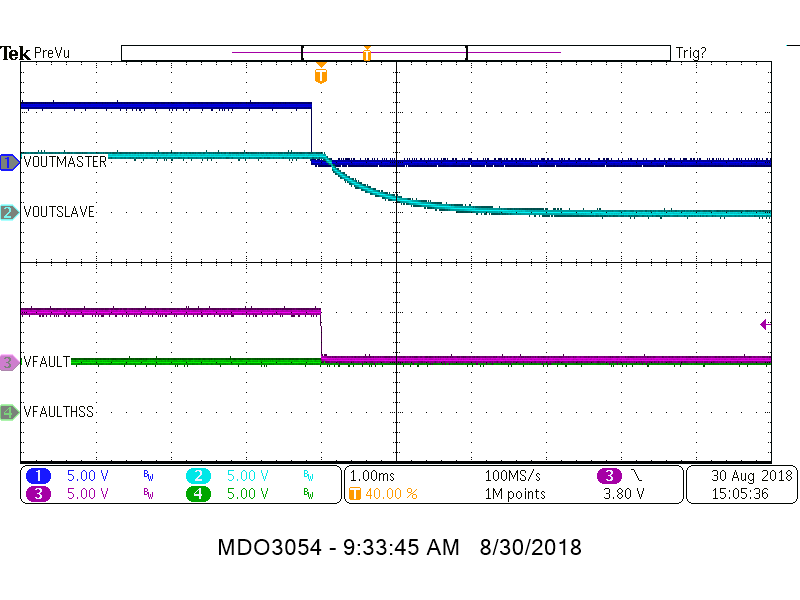 Figure 5 shows a short circuit event on the LED driver output (CH2) on PCB2. In this case the HSS in PCB1 detects this as an open load. The HSS fault pin (CH4) goes low and disables the LED drivers on PCB1. Thus the output of the LED driver (CH1) on PCB1 goes low. 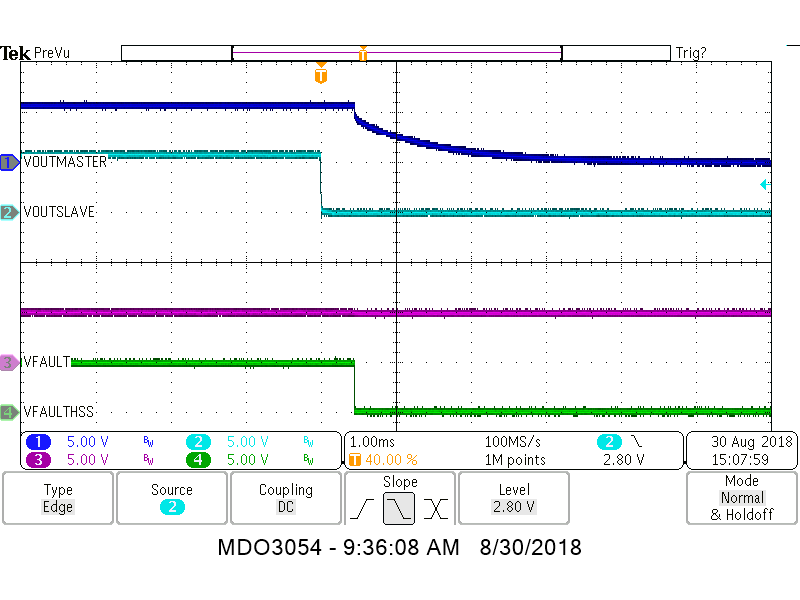