I'm attempting to use a UCC2813 chip to make a AC->24Vdc supply.  I used WEBENCH to start the design and basically copied its output directly: 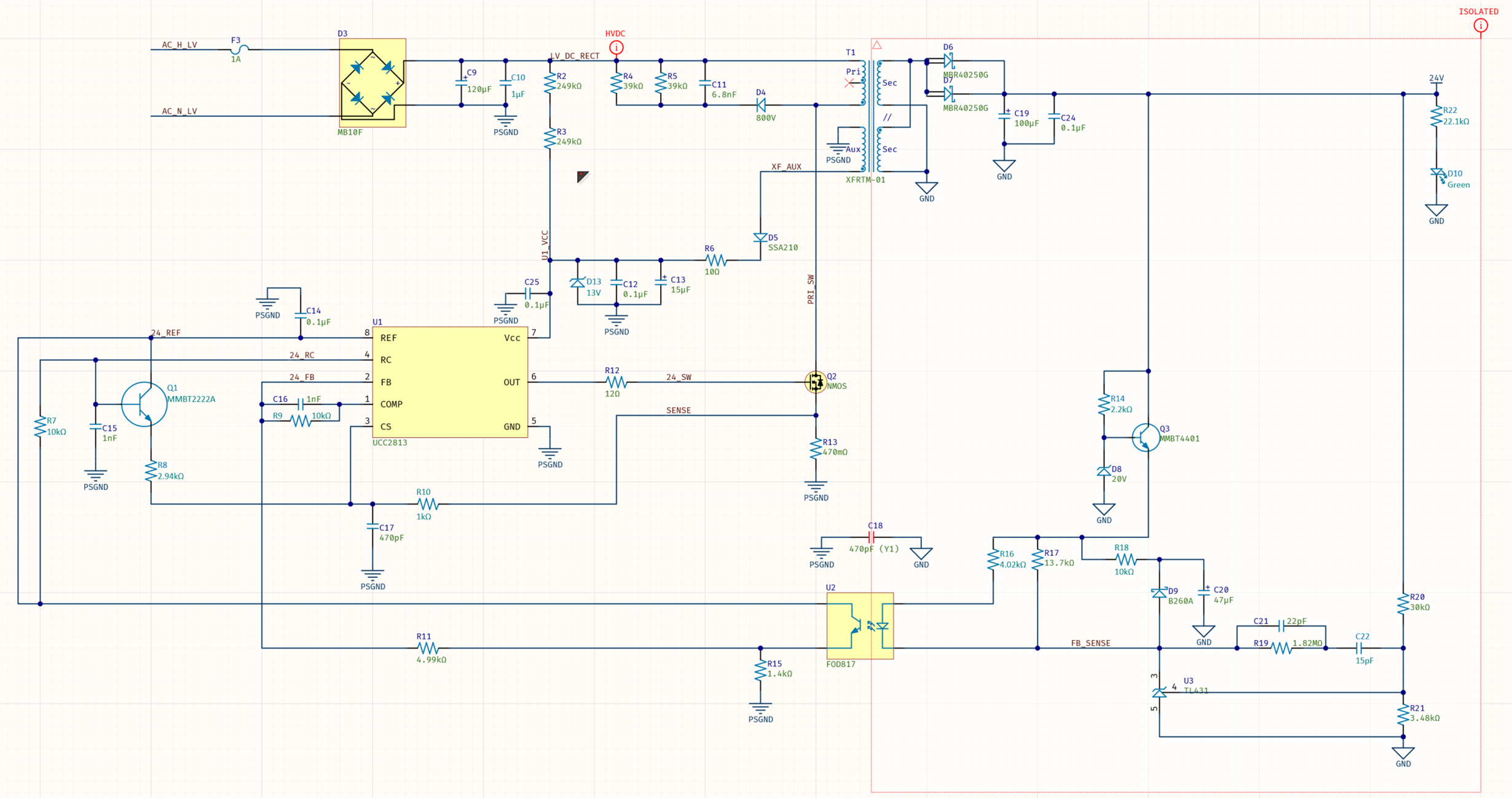 However I don't get any output from the supply.  What I'm finding is that Vcc of the UCC2813 is very low - it hovers around 3.8-4V, which is right around the UVLO threshold of the chip and also right at the hairy edge of Vgs on the switching FET.

The circuit straight from WEBENCH (as shown in the schematic above) doesn't start up at all, because Vcc is around 3.6V.  I removed D13 (Zener), increased C13 from 15uF to 120uF, and decreased R2+R3 from 500k to 300k.  Doing those will get the UCC2813 to switch, but Vcc is still hovering around 4V, and is apparently not enough to switch the MOSFET:

In both screenshots here, the green trace is the gate of the MOSFET and the yellow trace is the source pin of the MOSFET.  It looks like the UCC2813 tries to switch through a normal startup - when you zoom in you can see the output PWM start at a very low duty cycle and ramp up - and it switches until Vcc falls below the UVLO, then it gives up; then C13 recharges and it tries again.  But nothing ever gets through the transformer.

One caveat on the scope screenshots is that I took those with 50Vdc across the input capacitor, rather than rectified AC.  What seems interesting is that Vcc is the same if the input is 50Vdc or rectified 120Vac and the behavior of the circuit doesn't change.  I was actually able to get a stable output from the supply in this configuration - I reduced R2+R3 to 82k, and with 50Vdc input I got a solid 5ish volts output.  When I tried to scale this back up, something smoked and the MOSFET shorted internally.  Oops!  But I think what this tells me is that something is dragging down Vcc, but I haven't figured out what it could be.  Any help would be greatly appreciated!