The world is a hazardous place, and electronic systems are just as susceptible to mechanical failures as they are to unseen electromagnetic radiation. Let’s take a look at how to protect circuit designs from some of these visible and invisible perils.

A world inhospitable to electronics

It isn’t enough that the complexity of systems is ever-increasing; designers now need to worry about protecting their circuitry from both man-made and naturally occurring phenomenon such as electrostatic discharge (ESD), lighting, electromagnetic interference (EMI), mechanical failure (such as equipment drops) and many more. However, the good news is that for a small additional cost, you can circumvent many of these issues and protect the end user’s investment by protecting the circuitry.

The first, most obvious problem is the users themselves. People can become very large capacitors, especially in dry climates indoors during winter or desert conditions elsewhere. ESD, or electrical overstress (EOS), is a leading cause of electronic death for many systems.  ESD may occur when a buildup of electric charge on an object or person discharges into an electronic system. The charge naturally wants to dissipate, and that can happen extremely rapidly. A classic example of an electrostatic discharge is when you are scuffing across the floor, and you touch a grounded conductor such as a screw on a wall switch or another person. The electric field intensity gets so high between these two points that it ionizes the air, allowing a flow of electrons. It takes about 70,000V to breach one inch of dry air … and only several hundred volts to damage some semiconductors.

By placing a simple low-cost device called a transient voltage suppressor (TVS) diode at any location where a connector leads into the circuitry can help prevents ESD damage to the system. Many of these TVS devices are designed for specific applications, such as the SN65220-Q1 designed for USB  ports. Others are designed for higher-speed interfaces where capacitive loading can be an issue.

Another problem with users is that they are prone to dropping things like handheld equipment or smartphones. Most systems can handle mechanical shock, but some cannot, such as a rotating media hard drive in a laptop. Excessive G-force can damage hard drives and in many cases cause data loss. As strange as it sounds, detecting a fall is extremely beneficial: adding a simple accelerometer can detect the beginnings of a fall via a system management processor which can quickly park drive heads in a position to prevent damage and data loss.

Following a crash or other system disruption, additional damage may occur when there is an upset to the normal operating parameters (a latch-up condition caused by an electromagnetic wave, ESD or other event) or damage to the device caused mechanically which can cause open or short circuits. A simple but very effective method for protecting the system is to monitor the power supplies by sensing the output voltage and current. If the voltage sags and the current rises, it’s a good bet that something is drawing current that shouldn’t, such as when a paper clip pokes into a keyboard causing a short circuit.

Monitoring the voltage is fairly straightforward, but monitoring current is a bit harder. If you sense the return current in the power supply, it is ground-referenced and easy to measure (Figure 1). But if you want to sense current in the supply (high) side, you must do a differential measurement across the sensing resistor. Most designers want to use a very small value for this resistor so as to not impact efficiency. The problem is that you need high gain – along with a very low input offset and a high common-mode voltage – to accurately measure the current that the power supply is providing. 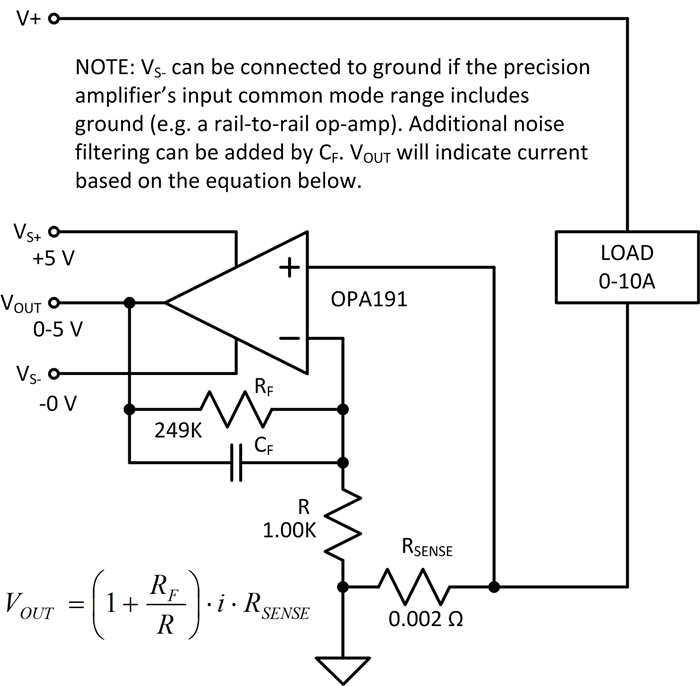 Figure 1: Low-side sensing with a precision amplifier to protect a load from overcurrent conditions

Fortunately, there are devices designed to measure the current in the high side of a power supply. One example is the INA219, which includes a programmable gain amplifier (PGA), analog-to-digital converter (ADC) and I2C digital interface.

Figure 2 shows a typical high-side application. By simply reading registers within the device, you can obtain the output voltage, current and power. If the readings  go out of range,  a system monitor can turn off the power supply before damage occurs. If a faster response is required, an analog output version such as the LMP8480, along with a high-speed comparator, can shut down the power supply. 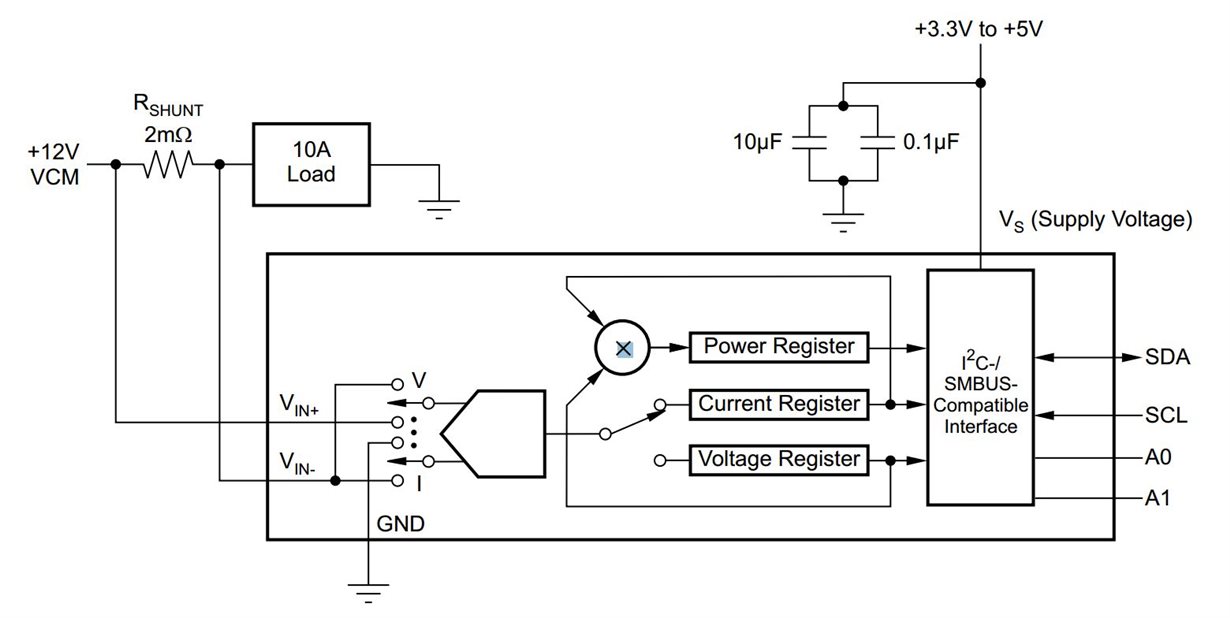 Protecting circuitry from the environment can be pretty easy, and the choices available to designers for protection devices have increased significantly. So if you don’t want your designs ending up as a paperweight, remember to build in circuit protection from the power supplies out to the connectors… till next time!