This page covers using the new TI ARM Clang compiler with BLE SDK 4.40. If that is your case, please read on.

Given this compiler is just being released, a few additional steps are required to use this new toolchain with Code Composer Studio version 10.2.

The TI ARM Clang compiler is not installed with CCSv10.2, therefore it must be downloaded from the TI ARM Compilers download page in the previous section:

After downloading, double-click on the installer executable <ti_cgt_armllvm_1.1.0_windows-x64_installer.exe> and follow the on-screen instructions.

Important: the default install path of the compiler is set to the download directory. In order for CCS to acknowledge it in an easier fashion, please change it to the C:\ti directory:

When CCS is opened, it normally scans a few paths for new toolchains and dependencies. In this case, you can simply open the Resource Explorer (menu View → Resource Explorer) and import a TI Clang project from the tree: 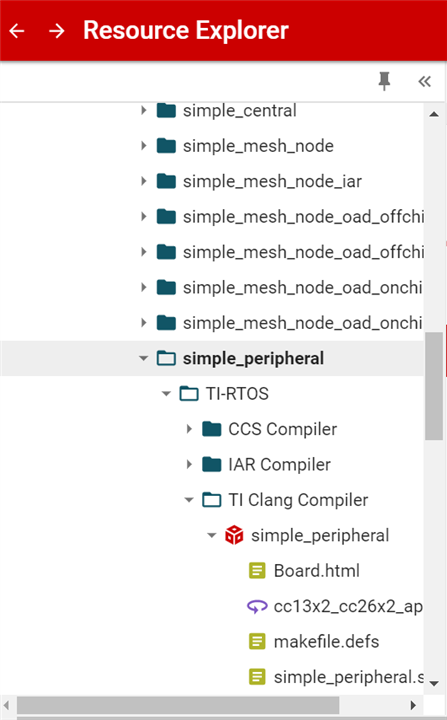 However, in case CCS does not perform this scan or the compiler is not found, you have to manually add it to the Compiler products. Go to menu Window → Preferences and browse to the following options. 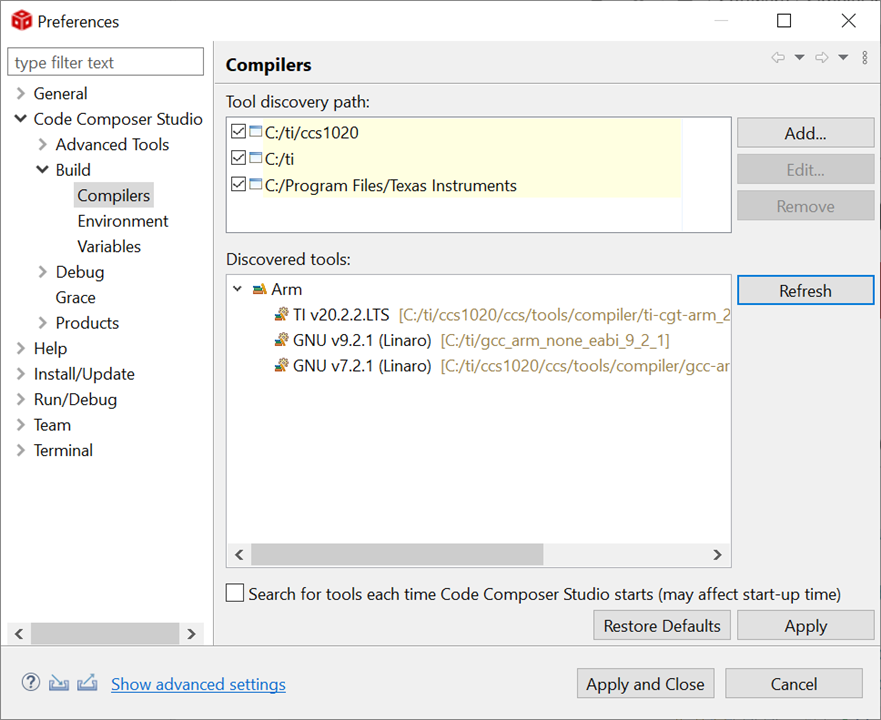 Click on the Refresh button. Any previously installed compiler in C:\ti should be added. 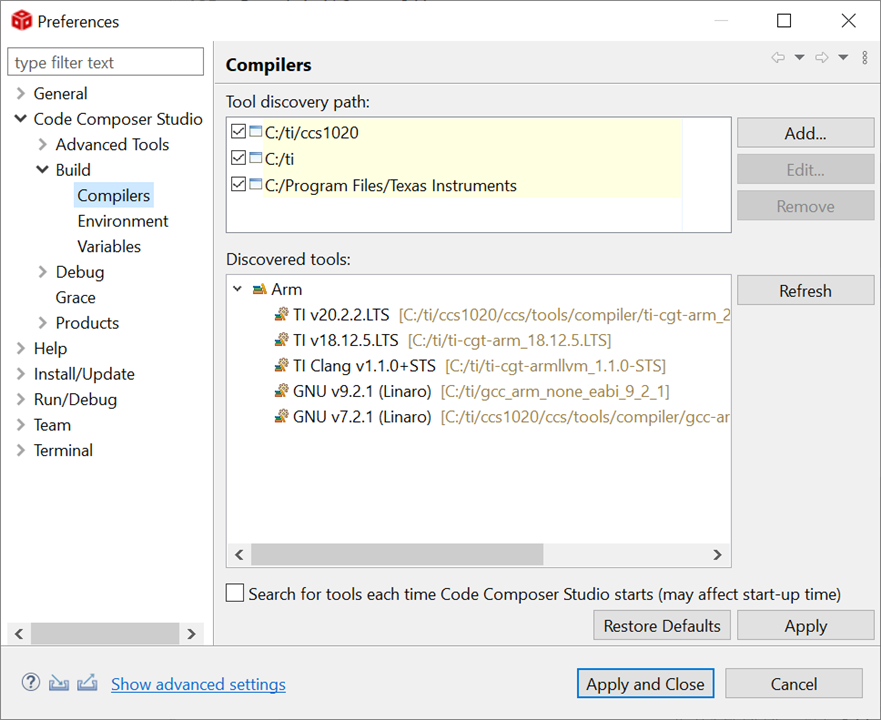 At this point, the project should be able to be imported normally.