Robert Gordon knows first-hand the importance of investing in younger generations. As a college football player with dreams of playing for the National Football League, Robert knew he needed a “back up plan” but wasn’t sure which direction to go. Fortunately, one of his professors, who the students called “Dr. G”, took a personal interest in mentoring athletes like Robert and helping them discover careers they would like to pursue. 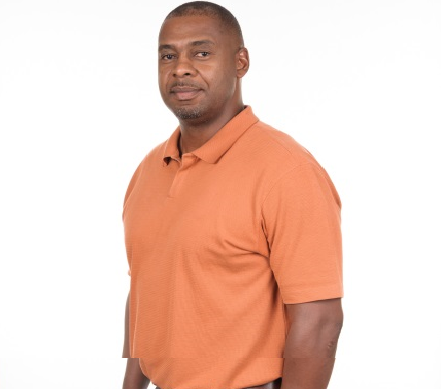 “Dr. G helped provide a reality check by reminding us how many people actually get to play professional sports,” Robert said. “He showed me that there was a need for safety professionals and helped steer me toward earning a degree in industrial safety.” While pursuing his degree, Robert learned the importance of science and math for getting a good education and establishing a career.

Today, as a father and 16-year TI veteran, Robert follows Dr. G’s example by helping to teach his son and local elementary school children about the benefits of a career in STEM, as well as another important aspect of his daily job – keeping people safe and healthy.

In his role as environmental, safety and health manager for one of TI’s largest factories in the U.S., Robert drives programs that help employees work safely and avoid injury. He and his team help make sure employees use the right tools and safety equipment for the jobs they are performing and avoid unsafe practices that could result in discomfort or injury.

“What I love about my job is that I know I’m helping someone go home from work the way they came in – without injury,” said Robert. “I want them to come to work knowing the environment they work in so they can take all the right precautions and go home to their families safely.”

When Robert recently had the chance to share both of his passions – safety and STEM – with some local elementary school children, he jumped on it. Some fifth and sixth grade students needed to conduct science experiments but didn’t have enough safety goggles to protect everyone. Robert and his team not only donated safety goggles, but also used the opportunity to teach the students about the importance of safety and the benefits of a career in STEM. 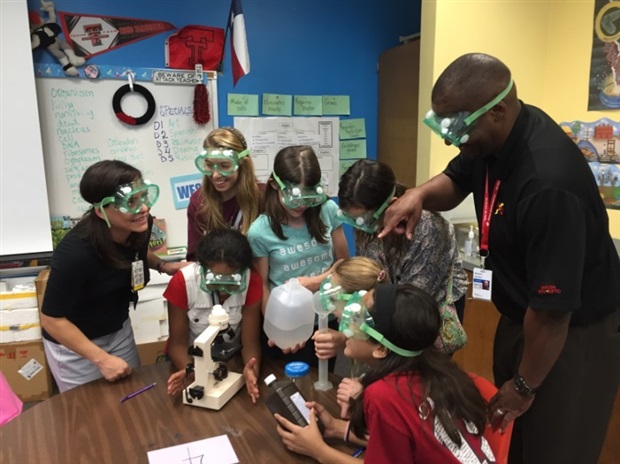 “It’s good to catch people when they’re young to influence safe behaviors at an early age,” said Robert. “I wanted to inspire the kids to take care of their personal safety, as well as get them interested in STEM. Those fifth and sixth graders are our future, and some of them may be TI’s future engineers!” 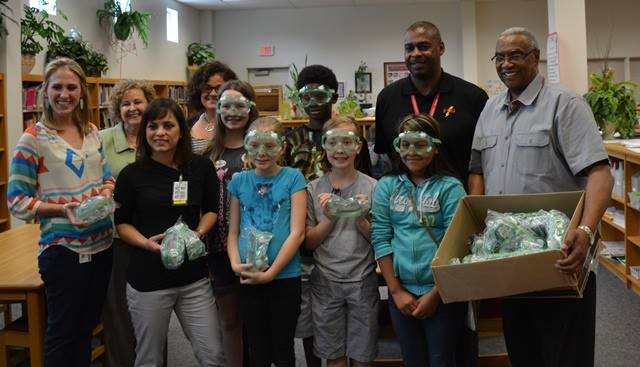 Robert is one example of how TI remains committed to being a good citizen. By teaching kids about safety and STEM, he’s preparing them for their future and strengthening the local community. Dr. G would be proud.