During National Engineers Week, TIers are inspiring the next generation of engineers and finding inspiration in return. 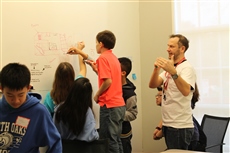 Volunteering to mentor middle school students is a challenge that TI engineer and volunteer Robert Glazewski finds rewarding both personally and professionally.

“It’s always intriguing to see what unbiased minds can produce,” Robert said. “The energy and enthusiasm that these children exhibit are remarkable, and frankly, contagious.”

Robert who works on non-volatile memory design for MCU’s Silicon Development, is one of a dozen TIers who volunteered to mentor about 1,000 middle school students at annual Southern Methodist University (SMU) Visioneering event on Feb. 20th.  TI has been the presenting sponsor for Visioneering for 16 years.

Each year at Visioneering students are presented with a challenge and assisted by mentors from area companies. To keep the competition fair, none of the mentors, students or teachers is given any advance knowledge about the engineering problem they’ll be asked to solve.

The 2016 Visioneering challenge was to design the classroom of the future, a task that sparked a great deal of enthusiasm among the students who came with their teachers from school districts across North Texas to compete.

“Because I work in Power Electronics, I get to say ‘I’m in power.’ But when you study STEM, you have the power,” she told students.  “The best way to predict the future is to create it. As engineers, you’ll have the power to create the future. “ 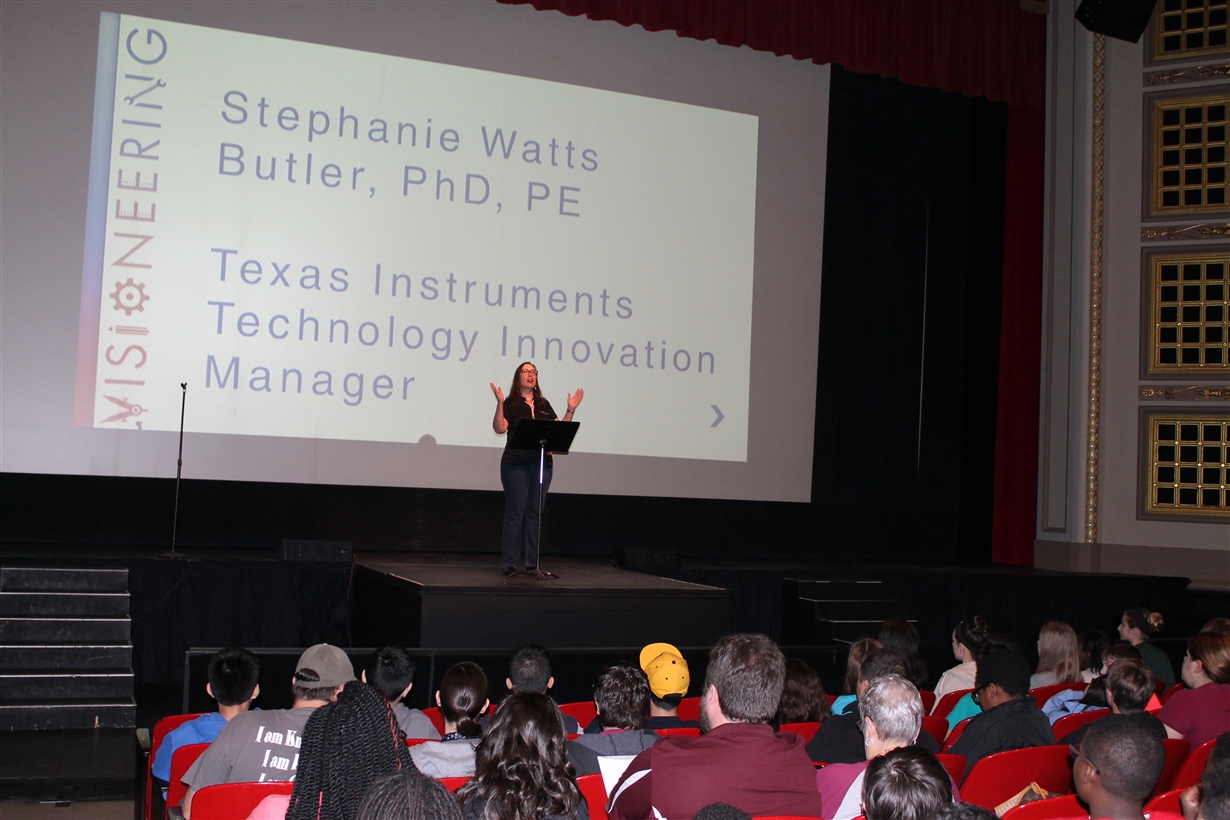 Several of the TI mentors had close ties to SMU. Jared Miller, who has worked at DFAB for five years, said he and his dad both attended SMU and worked at TI.  Ali Anwar, who’s a TSA, is working on a master’s degree at SMU.  Both were enthusiastic about the prospect of mentoring at the university’s Lyle School of Engineering to introduce the middle school students to a campus setting.

“Just to have a model, someone in the field, who’s there in person, is great for our students. It’s true collaboration that they don’t always get,” said Pam Ochoa, an academic coach at North Oaks Middle School in Birdville ISD.   She and teacher Jeannetta Garcia brought 6th-8th graders who belong to their Imagineers Club, a combination of an Engineering Club and Destination Imagination teams.

“Visioneering empowers our students because they get a voice, and the open-ended nature of the competition challenges their brains,” Pam said, while her students crowded around Robert at the white board and sketched out their classroom design. One eager student even climbed on a chair to reach over the others and illustrate his ideas.

After working as a team and brainstorming the features of a learning environment 10 years in the future, the students were required to turn in a drawing and a 3-D diorama with figurines to show the judges their design.

Mrs.T. Smith, an 8th grade math and 7th grade AVID teacher at Richardson West Junior High, tweeted about her students’ design for the year 2025, “a story classroom with touchscreen everything, smartboards, smart desks, elevator, hologram instruction” and “they wanted their classroom to incorporate and include students with special needs.”

At the awards ceremony students were entertained by the TI Jazz Band, and as part of a panel discussion, three of the band members - Paul Westbrook Senior Member of Technical Staff and Sustainable Development Manager, Brittany hicks, RFAB Yield Enhancement and Metrology Engineer, and Matt Bruemmer, DBump Photolithography Equipment Engineer - told stories of their adventures as engineers. They all expressed excitement about the innovative projects they do for TI while also performing with the TI Jazz Band. 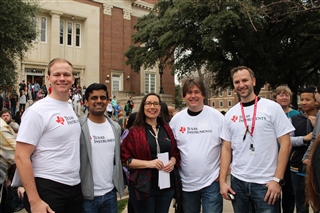 After Matt told the students, "Engineers can have a lot of fun in and outside of our professions," one student tweeted “TI Jazz Band – engineers can do anything!”

Win or lose, the student teams and their mentors alike left Visioneering inspired. For Robert, this was his third time to serve as a Visioneering volunteer, and he said he feels great about it.

“To have an opportunity to share some of my knowledge and hopefully inspire future engineers is incredible,” he said.