Twenty-three distinguished students from across the U.S. were recognized as recipients of the 2016 Jerry R. Junkins Memorial National Merit Scholarships® at TI headquarters recently.

The scholarships, named in honor of TI’s late chairman, president and CEO Jerry Junkins, are awarded to sons or daughters of active, retired or deceased TI employees who are National Merit Scholarship Program finalists. Since its inception in 1996, TI has awarded 367 Junkins Merit Scholarships, amounting to more than $1.3 million.

“These students have demonstrated a passion for excellence and a remarkable work ethic,” said Brian Crutcher, TI executive vice president. “Their academic accomplishments and other talents set them apart, and their engagement in the community is a real testament to their interest in making a difference in the world. We are proud to support them as they move to the next phase of their education, and we look forward to seeing what they will achieve in the future.” 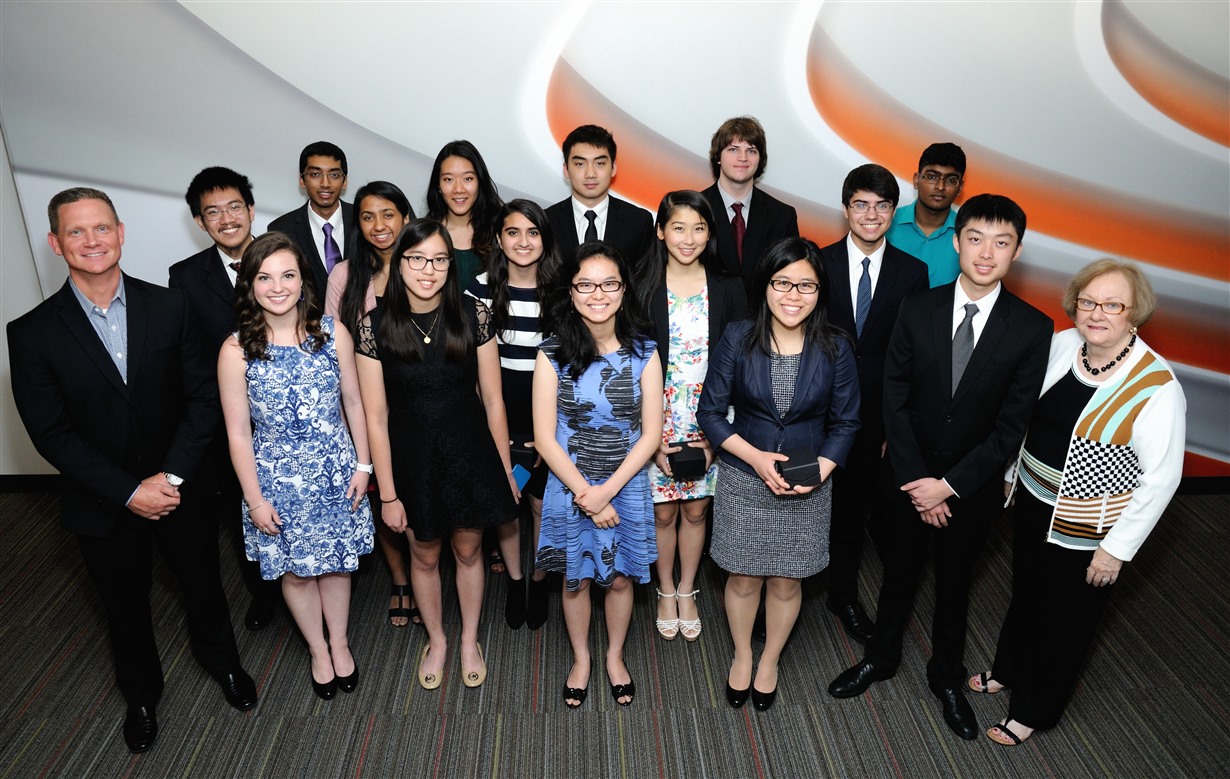 Each year, less than 1 percent of high school seniors nationwide achieve the status of National Merit Scholarship Program Semifinalist. Students are selected for the awards based on their scores on the Preliminary SAT/National Merit Scholarship Qualifying Test, academic record, leadership abilities, writing skills and extracurricular activities. To become a finalist, each semifinalist must complete a detailed scholarship application, which includes writing an essay and providing information about extracurricular activities, awards, and leadership positions. Semifinalists must also have an outstanding academic record, be endorsed and recommended by a high school official, and earn SAT® scores that confirm their qualifying test performance.

TI funds these scholarships in partnership with the National Merit Scholarship Corporation, a private, not-for-profit organization. The awards are named for Jerry Junkins, who became TI's chairman in 1988 and served until his death in 1996. His passion for education helped create model Head Start programs in the Dallas area. He was also chairman of the Citizens Council Education Committee and fought for education reform in Texas schools by promoting measurement and accountability in the classroom.