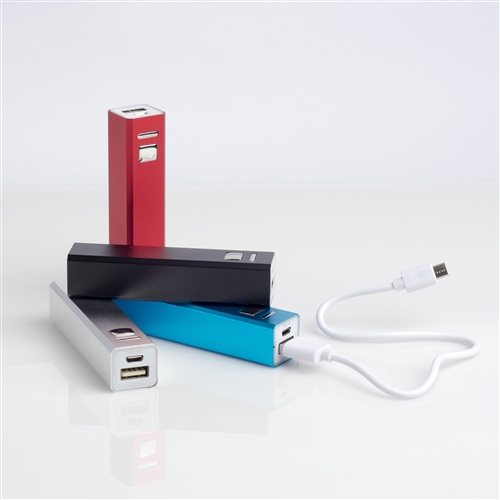 Power banks sure seem simple. They appear to just be a single-cell lithium battery, a step-up converter (to take varying battery voltage and provide the regulated 5V at the output) and a USB port to connect to the portable device that’s charging. When you look deeper into a typical power bank, however, you may find any number of other subsystems: light-emitting diodes (LEDs) to indicate the battery’s state of charge, communication with the portable device on the D+/D- lines, or fault-protection mechanisms such as overtemperature or overcurrent detection. The whole system quickly becomes complicated, with many different integrated circuits (ICs) that must work together.

The TI Designs Reference Design Realizing Output Current Sensing and Limit, Plug-In Detection in Power Bank (PMP9776) demonstrates how a complete power bank solution works – with all of the pieces working together. Figure 1 shows the block diagram, while Figure 2 shows the form-factor-optimized printed circuit board (PCB). Let’s take a look at each aspect of this reference design as described in its test report.

The heart of a power bank is the step-up converter, which converts the battery voltage to 5V for the portable device. The reference design uses the highly integrated TPS61236 synchronous boost converter to deliver up to 2.4A to the portable device at over 95% efficiency. Such high efficiency ensures that the portable device receives nearly all of the stored energy, and keeps the corresponding power-bank temperature rise (due to the conversion’s power loss) to a minimum. The 2.5mm-by-2.5mm IC enables a small total form factor – allowing a larger capacity battery. Finally, the TPS61236 incorporates a constant current (CC) output function, which is especially useful in power banks where the load may attempt to draw too much current from the power bank. The CC function maintains operation at a safe current level while preventing any excessive temperature rise caused by other current-limit implementations.

Managing the activity of the power bank’s subsystems is critical to maintaining the battery’s energy level instead of wasting it on internal functions. The reference design includes a MSP430™ microcontroller (MCU) as a housekeeping MCU to optimize the power bank’s power consumption. When the MCU detects a low load, it turns off most subsystems; the power bank consumes just 22µA in this standby state. In order to protect the battery from high discharge currents, the MCU adjusts the current limit. To deliver a well-regulated output, the MCU also makes small adjustments to the output voltage as the load current varies. Finally, the MCU measures the battery voltage and temperature with its integrated analog-to-digital converter (ADC). The MCU then drives LEDs to display the battery voltage and monitors the temperature to keep the power bank within its safe operating range.

The TPS2514A USB charging port controller negotiates the D+/D- lines with the portable device to properly detect and charge the device, even with the wide variety of USB charging protocols. Its small-outline transistor (SOT)-23 package makes this a simple and low-cost IC with which to complete this critical task.

And there you have it: a complete power-bank design with everything you need in one place. See the test report for even more details, waveforms and explanations.