As investment in smarter grids continue around the world,  traditional electromechanical energy meters have become inadequate for maximizing the benefits received from grid modernization.  As a result, these older electromechanical meters are being replaced by electronic smart meters.  These new electronic meters operate by using an analog to digital converter to sense the mains voltage and current drawn from the load (such as a house). In order to properly sense the mains current, a current sensor is used to translate the current drawn from a customer’s load into a voltage that can be sensed by an analog to digital converter.  One particular current sensor that can be used to accomplish this translation is the shunt.

Note that although the figure below shows only two terminals on the shunt, in practice five terminal shunts are often used.  In this scheme, four of these five terminals are meant to provide four-terminal sensing to allow precise measurement of the voltage across the shunt.  The fifth terminal is meant to provide power to the meter and also to measure the mains voltage delivered to the customer’s load. 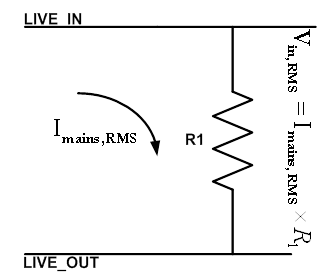 Figure 1. Shunt use in an energy measurement system

With the basic operation of the shunt discussed, let’s talk about some of the advantages of using shunts.    First, they are simple current sensors that do not have any magnetic components.  As a result, they are not susceptible to magnetic tampering, unlike current transformer (CT) sensors. This advantage is why shunts are commonly used as current sensors in markets where energy theft is a concern.

In addition, shunts are relatively inexpensive.  Due to the cost-constrained nature of the e-meter market, this makes using shunts highly attractive for use as current sensors in single-phase meters.

One other advantage of shunts is that it can be used to measure current that is direct current (DC), unlike CTs or Rogowski coils.  This advantage is particularly useful for specific applications.  One such application that benefits from this advantage is for the sub-metering of server power supplies since some data servers may use DC power from an uninterruptible power source (UPS).

Shunts also exhibit lower phase shift of harmonics when exposed to signals at higher frequencies than CTs.  This makes using shunts an attractive option for power quality monitors, which can analyze the harmonics of voltage and current to ensure the quality of the mains voltage provided to the consumer and the quality of the current waveform resulting from the consumer’s load.

Finally, unlike CTs, shunts do not have any inherent phase shift across temperature or input current, but keep in mind that this does not mean that phase compensation does not have to be performed.  There are other sources of phase shift (such as anti-alias filters) that contribute to unintended phase shift between voltage and current so phase compensation would still be necessary to ensure high accuracy at lower power factors. With that being said, this does mean that based on the selected CTs there could be phase error variation when the input current or temperature is varied.  As a result, the system phase error when using a current transformer can vary more than the system phase error when using a shunt.  This higher phase error variation could make it more difficult to perform phase calibration simply and accurately, thereby potentially causing a variation in the measured power error across temperature or current.

Now that we discussed the advantages of using a shunt, you may be wondering about the disadvantages in using a shunt.  Stay tuned for the next blog in this series to find out.