Now that we have talked about the advantages of using a shunt, let’s discuss the disadvantages of a shunt and how to overcome them.

Since the maximum allowed resistance value of the shunt can be small, the resulting voltage output of the shunt can also be small.  To compensate for the small voltage output of shunts, a gain amplifier is often used to boost the voltage from the shunt to ensure that the maximum voltage output from the shunt is near the maximum input voltage that can be accurately sensed by the analog-to-digital converter (ADC).  This gain amplifier can be added externally to the ADC.  Alternatively, it could be programmable and integrated within the ADC, as is shown in the below figure of an ultra-low-power MSP430F6736A microcontroller sigma-delta ADC. 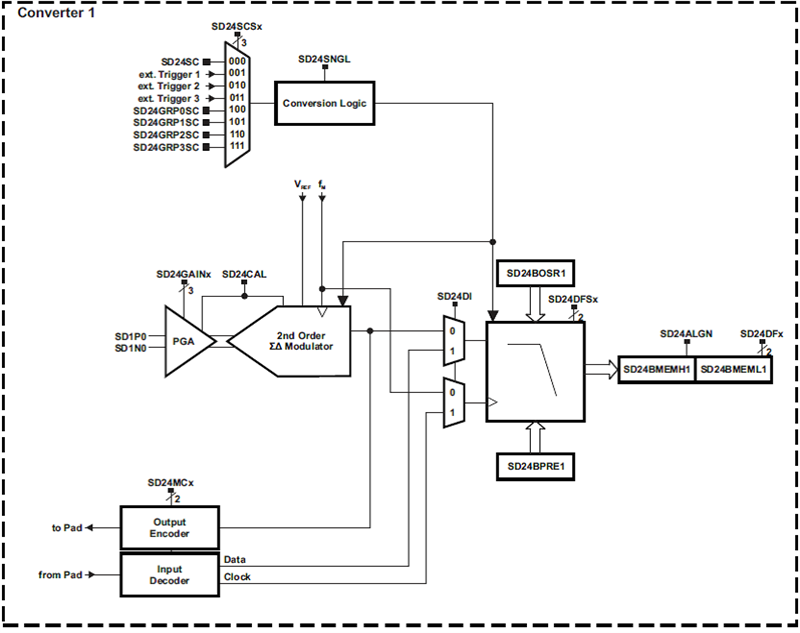 In selecting the gain of the gain amplifier, the peak voltage fed into ADC (Vin, RMS*Gain*√2) should be maximized under the constraint that it should still be below the maximum voltage that can be accurately sensed.  As an alternative to boosting the voltage output from the shunt, a device with a smaller analog input range, such as the AMC1304M05 reinforced isolated delta-sigma modulator with integrated LDO,  can be used to sense the voltage drop across the shunt. This is the approach used in the multi-phase energy measurement with isolated shunt sensors (TIDA-00601) TI Design reference design.

Lastly, shunts do not have isolation so they cannot be used as current sensors for multi-phase systems without using additional circuitry to provide isolation.  If a shunt is attempted to be connected to a measuring device and a method for isolation is not provided, the measuring device would have its pins exposed to different phase voltages, which would damage the measuring device.  So, how could we solve this limitation?  Stay tuned for the next blog in this series to find out.