I have strange conditions with BQ24250, which hangs I2C line.

The commination from MCU to all peripherals includes REPEATED START condition , and most of time performs OK  . But once in a while , when MCU requests data from any of PSoCs ,after PSoC responded , Charger hangs the I2C line for ~542 ms.

How do I know is a Charger ? I've made investigation ,and found the condition when I2C hangs.

The condition when Changer hangs I2C : 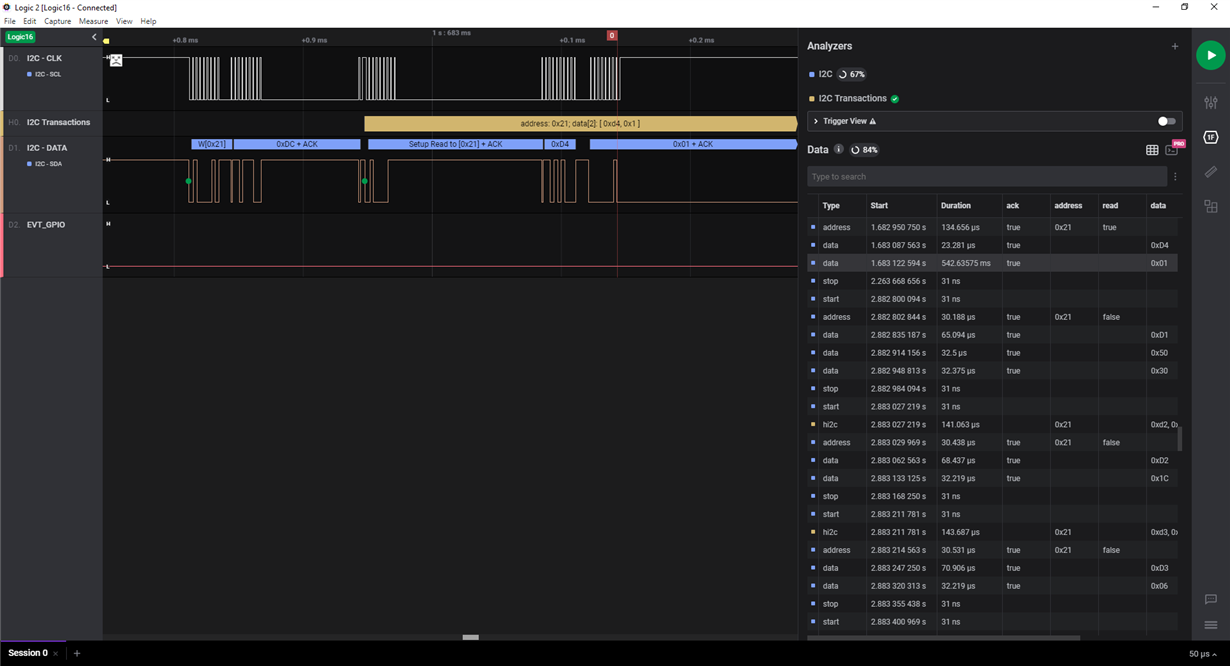 The problem happening , when MCU communicates with any of PSoC and PSoC responds with 0xD4 value as first byte.

In a picture , you can see communication among MCU and PSoCs when PSoCs firmware modified in a such way ,that it forced to respond with 0xD4 ,and I2C hangs .When Charger physically disconnected from the I2C line , the problem disappears .

After that , I've made dirty modification of the PSoCs is a such way that it will never response with 0xD4 as first byte, Charger connected back to the I2C line , and  problem disappeared.

Another clue why it is Charger ,is because 0xD4 value is shifted left 0x6A , i.e. 0x6A << 1 = 0xD4 .And 0x6A is Charger's I2C address , so when 0xD4 appears on the line , charger "thinks" that somebody tries to communicate him ,therefore Charger hangs the line waiting for commands.

So my question is : why it's happening ?

My thought about this , is because there REPEATED START condition , but according to Charger's datasheet , page 33 , is compatible to work in such conditions.

So , any help  : problem confirmation or explanation why it's happening , will be appreciated.